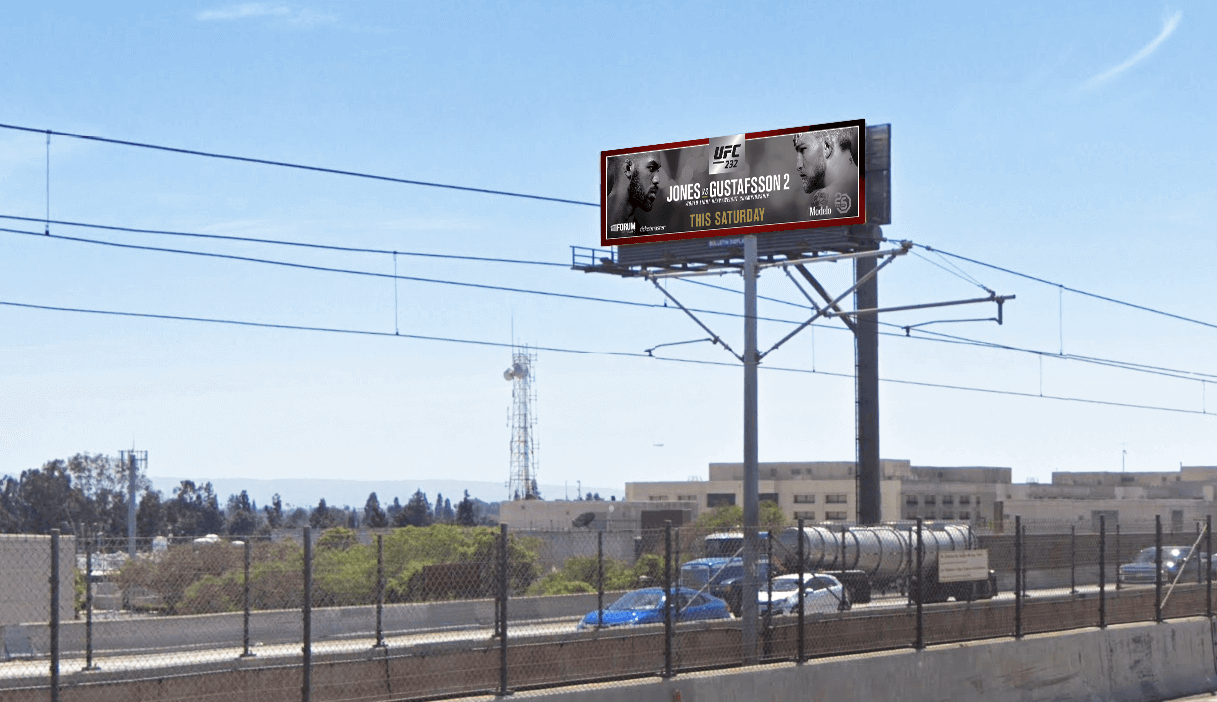 Eager to give fans a highly-anticipated championship bout between Jon Jones and Alexander Gustafsson, circumstances prompted UFC president, Dana White, to move the event from Las Vegas to Los Angeles. It was a challenge for the marketing team to sell out an entire 15,000-plus seat arena in less than a week’s time, but they were up for the task. To do so, they needed a quick and effective way to promote ticket sales for UFC 232 in the new venue.

The fight had already been successfully promoted on digital billboards in Las Vegas, so why reinvent the wheel? Working with their out-of-home ad agency, Outdoor Solutions, UFC simply moved their digital out-of-home campaign to LA.

This was made possible through the targeting capabilities and automated bidding of programmatic digital out-of-home. Using the Adomni DSP, UFC tapped into Broadsign’s global supply of screens to retarget the campaign to screens near the new arena.

In the past, the logistics involved with relocating the campaign would have made this last minute change nearly impossible. Rather than making frantic phone calls to each publisher and waiting on RFPs, UFC simply had to set the new location, which automatically adjusted the budget and timing of the campaign on the new screens. – Adam Green, SVP and general manager, Broadsign Reach

The digital out-of-home screens were combined with mobile, online and social media advertising for an intense three-day campaign. This resulted in a sold-out event, filling The Forum’s 15,862 seats.

UFC’s campaign is an exciting example of how programmatic digital out-of-home fits right in with other programmatic media buys. It’s flexible, responsive and easily adjusted to any short-notice changes. – Jonathan Gudai, CEO, Adomni