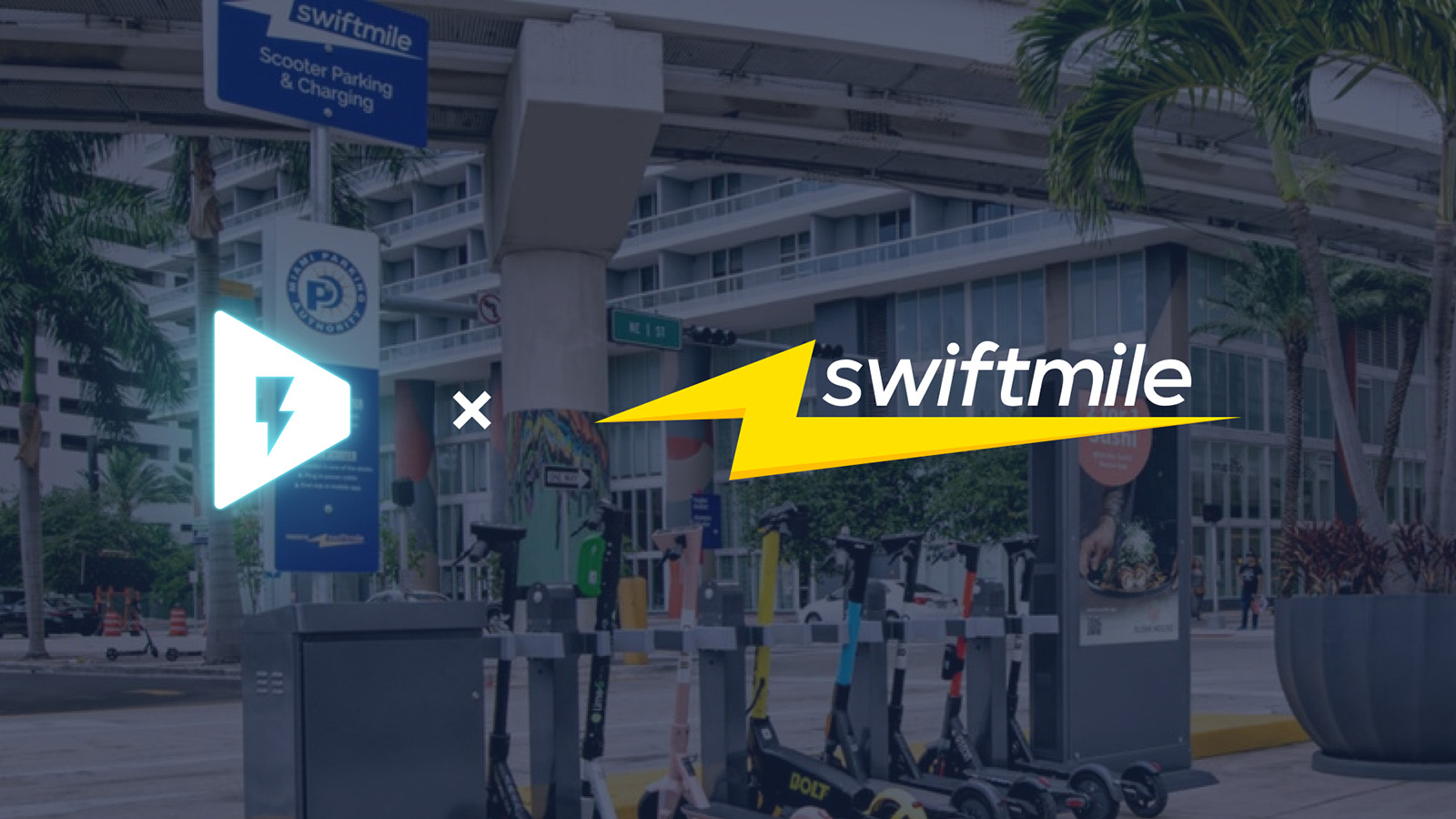 Miami may be best known for its gorgeous beaches and bumping nightlife, but the city is also determined to make itself into one of America’s prime tech destinations. It has been making overtures to startups and crypto ventures to make Miami their new home, and it’s working. There’s an incredible wealth of tech players setting up shop within Miami’s tech scene. As this new identity is forged, the ways people live and work and move within the city are changing too.

A key example of this is the growth of electric micromobility in Miami. The city has become one of the key US homes of this transit revolution, with electric scooters and eBikes increasingly popular both as owned transportation and as a rental or membership option for getting around the city.

Swiftmile, a pioneer in this growing micromobility field, is making this new type of transit more accessible by providing ad-supported charging hubs that bring together urban mobility and DOOH within the city. And with each new initiative, it’s working towards fulfilling its vision of a network that connects people on the go with clean transportation and relevant messaging all through Miami and beyond.

Charging ahead, one station at a time

Swiftmile Co-Founder and CEO Colin Roche was a mobility novice until he won an e-bike at a charity raffle – he was hooked after just one ride. Within a few years, the micromobility industry exploded with shared e-bike and e-scooter systems appearing in cities worldwide.

But there were early pain points to address. Micromobility operators often used gas-guzzling vans to charge e-scooters, resulting in unnecessary congestion and emissions. Tipped scooters and sidewalk clutter were also common city concerns. For this industry to continue its rapid growth, it needed an infrastructure solution.

So in 2015, Swiftmile was born. Their answer was to create universal, solar-powered charging hubs where users could park and charge micromobility vehicles after their ride. Their hubs are brand-agnostic, accommodating bikes and scooters of all kinds, and now even e-mopeds. This flexibility lends Swiftmile the ability to support both shared and personally-owned micromobility vehicles that are quickly becoming popular among city dwellers.

And, to cap it off, the hubs include the option of a high-quality 55-inch display for the delivery of targeted advertising content.

Though Swiftmile currently operates in places other than Miami, including elsewhere in the United States and also Germany, it sees the strength of its core Miami business as lying primarily in hyperlocal targeting for brands looking to reach users via ads on its charging displays. The Miami network accounts for approximately six million impressions a month from car and foot traffic alike.

Swiftmile hubs leverage DOOH to help local businesses reach their target audiences in fun and interactive ways, like providing directions to nearby restaurants and businesses and equipping them with discounts via QR code.

Swiftmile also provides multimodal transit information through its partnership with Transit Screen, which feeds real-time arrivals data customized to each screen’s locations. The screens also share weather data and public service announcements and include space for advertisers to fill with 15-second or 30-second spots. Ad revenue from these screens will effectively mean the docking stations and the rides can more or less pay for themselves, helping cities scale up micromobility with much less up-front investment.

Additionally, depending on Swiftmile’s market locations, audience-tracking data can be implemented to help local businesses discover more about the user demographics.

Swiftmile’s primary focus continues to be supporting the transition to sustainable transportation, but that doesn’t mean that its sole installations are tied to electric charging. Instead, Swiftmile has been building out additional out-of-home inventory, usually tied to mom-and-pop retail, to extend its reach and create a more complete offering for connecting brands and audiences, wherever they happen to be.

Service businesses like beauty salons and barbershops, gift shops, convenience stores, and others are the prime candidates for the retail displays Swiftmile is deploying, typically in the front windows of the locations. Often, the businesses will also want to install charging infrastructure at their locations, which can help lead micromobility users to their doorstep. This tends to result in a split installation between different locations at the business. In these cases, the chargers will go behind the building while the screens are in front. This helps Swiftmile and its retail partners to achieve the best outcome, putting the ads in front of a larger audience comprised of pedestrians and drivers who are also making use of the business’ services. Crucially, retailers working with Swiftmile are also given access to tools that allow them to share custom messaging with their clientele – some nice added value to the screens placed in their locations.

Another initiative, sponsored food delivery lockers for apartment buildings, promises to deliver yet more reach for Swiftmile, and ties nicely to its overall mission of connecting brands with people across Miami, whether they’re outdoors and on the go or indoors and looking for a convenient meal.

Swiftmile is a business on the move. It’s partnering with rail players like DB Trains,, and Brightline to deliver media outside their stations and looking to expand its footprint of charging stations and other urban panels. It’s also looking to find new opportunities to enhance its community with access to digital messaging. To contribute to pandemic recovery, it has given away advertising space to nonprofits and small businesses that needed help finding support.

In order to continue supporting its growth, and to drive its vision of a brighter, cleaner, more accessible future of transportation and associated media, Swiftmile needed an intelligent, scalable DOOH solution for all its displays, and Broadsign was just the solution for the job.

Moving forward, each station delivered by Swiftmile will run on Broadsign Control. This will enable streamlined but powerful scheduling capabilities to maximize the effectiveness of delivered advertising, and will also enable Swiftmile to integrate with data feeds to power dynamic content and advertising.

Broadsign Control’s scalability also ensures that no matter what size Swiftmile’s business attains, the company will be able to efficiently manage and monitor its installations without much more effort than it takes today.

The Broadsign Reach SSP will also be a standard offering, allowing cities to benefit immediately from programmatically purchased and delivered advertising across their screens. Finally, Broadsign Direct and Broadsign Publish will allow for the efficient sale and creation of advertising and other content, respectively.

As Miami presses on toward a more connected and intelligent kind of city-based living, Swiftmile’s OOH-powered micromobility stations are positioned to be an important fixture. In offering the growing crowd of light e-vehicle users a more convenient solution to navigate cities and park their rides, it’s presenting a great example of DOOH as not just an ad medium, but as a key driver of the sustainable transportation the world so badly needs.

Power your own DOOH network with the world’s leading solution

Get in touch with Broadsign today!