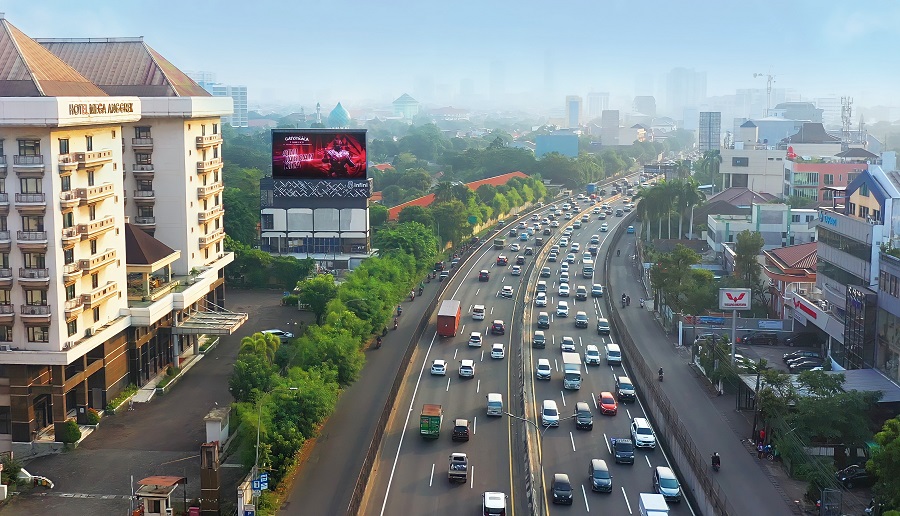 While out-of-home media is a popular advertising format across Indonesia, dynamic digital out-of-home is still only rising in popularity. That's expected to change as more of the country's OOH companies begin to harness the power of DOOH.

One of the factors driving this shift is likely the creative freedom the format affords, its potential to reach broad audiences and the numerous data and analytics capabilities that are becoming more widely available thanks to technological advancements. 8Infini is a media owner on the mission to shape the future of outdoor advertising in Indonesia with a network of prominently-located digital screens in some of the country's biggest and most bustling cities.

Named for the seemingly infinite possibilities that digital screens can offer advertisers, 8Infini was founded in 2019 by a team of out-of-home experts. Though the company is a newcomer to Indonesia's OOH space, they've already made quite an impression among advertisers in its three years of existence.

The company's network comprises static and dynamic large-format LED "videotron" screens. These are found in prime spots throughout Jakarta, one of Southeast Asia's most populous cities. With six digital and two static screens in Jakarta and five digital screens in Bandung, these screens are predominantly located along roadways and at the heart of busy intersections, catering to pedestrians and motorists alike. Besides these screens, a portion of their business model is also focused on traditional transit media, where their business started. The OOH media operator will soon be deploying an additional four digital screens in Bogor, another two in Bandung, as well as one digital and three static screens in Jakarta. 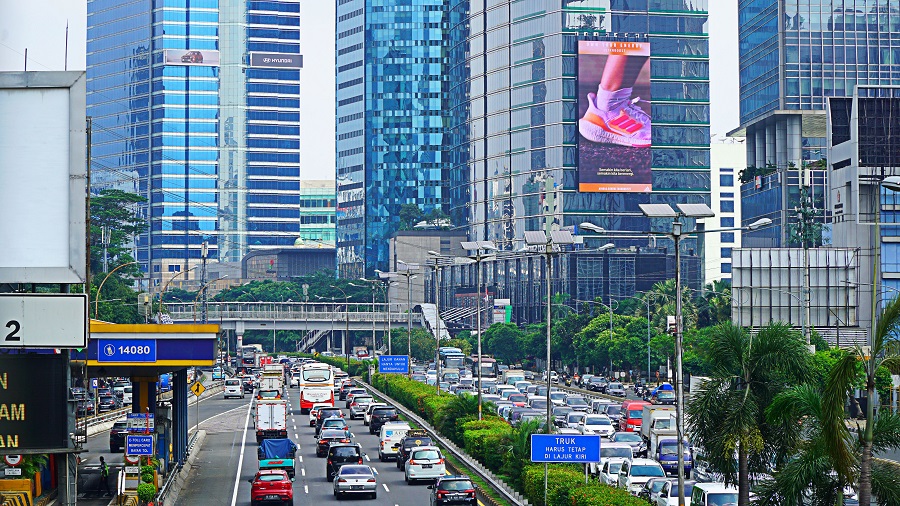 8Infini’s preferred technology partner, Broadsign, are enabling the OOH media provider to further enhance flexibility, advancement in their operations, improved performance and increased screen capabilities.  Expansion plans are imminent and underway: the business hopes to significantly increase its network in the coming months, adding another ten screens to its roster by the end of 2022. These additions to the network are expected to be installed in Jakarta, and, eventually, the team hopes to bring their screens to other large cities such as Bogor.

With its inventory's strong presence in prime locations, it's only fitting that 8Infini's network attracts a wide range of advertisers from various industries. Their screens have previously run ad campaigns spanning virtually every category, such as entertainment and cinema, fashion, brands, start-ups, logistics, insurance and banks.

Besides its network in highly-visible locations, offering interactive and dynamic capabilities makes 8Infini's inventory popular among all types of media buyers and brands. Slowly but surely, they're noticing that increasingly brands are moving towards the more interactive features available with their offering, partly due to the in-depth analytics and insights thanks to their Admobilize integration. 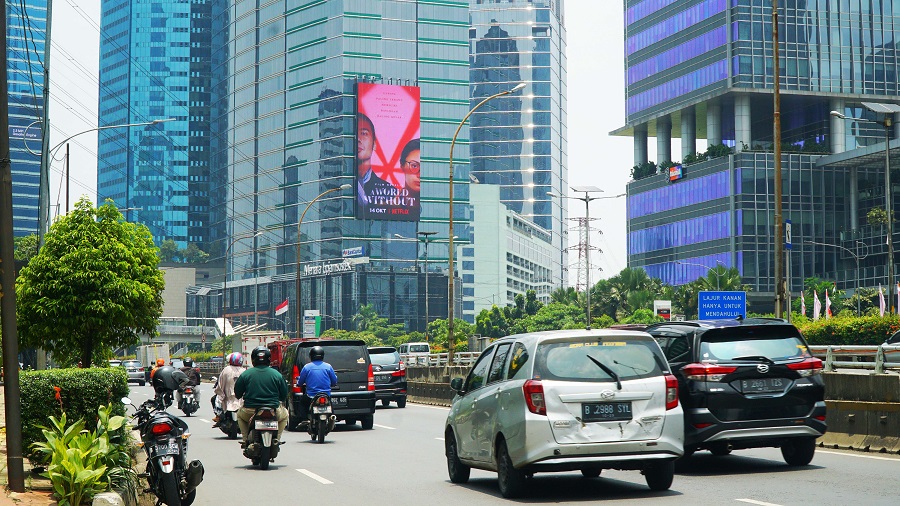 One of the more popular trends in OOH advertising is 3D creatives. As more advertisers are looking to experiment with interactive and dynamic content on screens to build compelling and exciting campaigns, 8Infini is able to make that happen and hope to continue making interactive content more widely available in the country.

8Infini's team takes great pride in and is passionate about the medium and its network. They emphasize the importance of maintenance and upkeep, with a team ready to resolve any issues in case of network outages.

Broadsign and 8Infini, a platform built for scalability

Given that there are a number of out-of-home players in Indonesia, the team behind 8Infini knew that to stay competitive, it needed to onboard the support of an industry-leading digital signage software.

Initial plans to develop its own CMS were abandoned, and instead, the team implemented the only platform suited for its specific needs: Broadsign Control. Partnering with Broadsign means that 8Infini can compete with some of the major OOH media operators in the region and keep up with the latest trends in out-of-home. Moreover, Broadsign is built for scalability — which aligns perfectly with 8Infini's strategies.

While the team doesn't necessarily envision 8Infini becoming the largest outdoor billboard player in Indonesia, by operating the Broadsign suite, they can offer their customers a complete offering for OOH advertising investments. 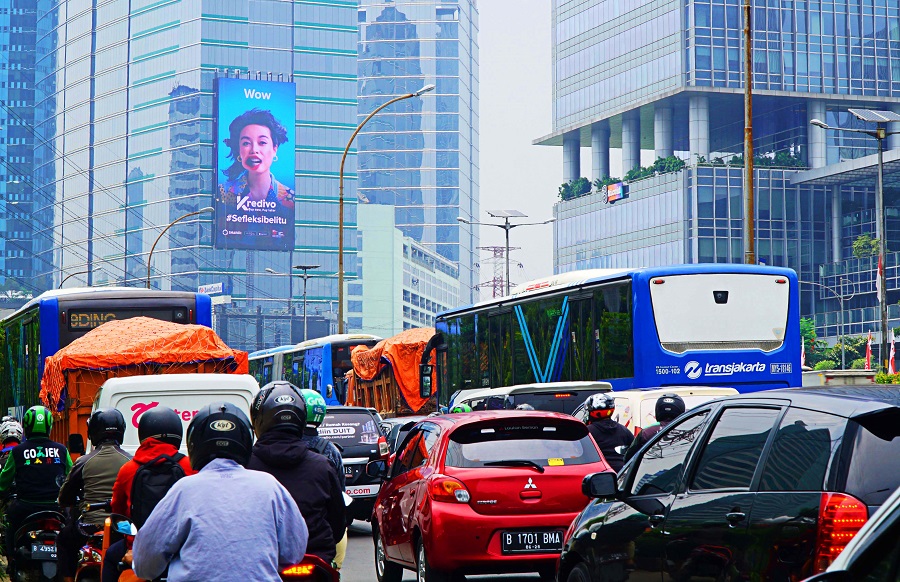 8Infini OOH wants to add ten new screens to its inventory in the coming months. Building up the network was always its goal, but like so many businesses worldwide, the pandemic slowed its growth strategy. These days, 8Infini's team feels more confident than ever about where they're headed next. Behind the scenes, they're busy masterminding other exciting projects, including plans for a completely unique type of LED screen installation in Jakarta poised to be the most unique type of screen in Indonesia, becoming the 1 of 3 of its kind in Asia and 1 of 4 in the world. More is set to be revealed soon.

Until then, 8Infini is showcasing all possible with DOOH over traditional OOH, by tapping into the power of digital screens to bring brighter and bolder experiences to the Indonesian market.

Want to power your own OOH network with the world's leading solution?

See what Broadsign can do for you