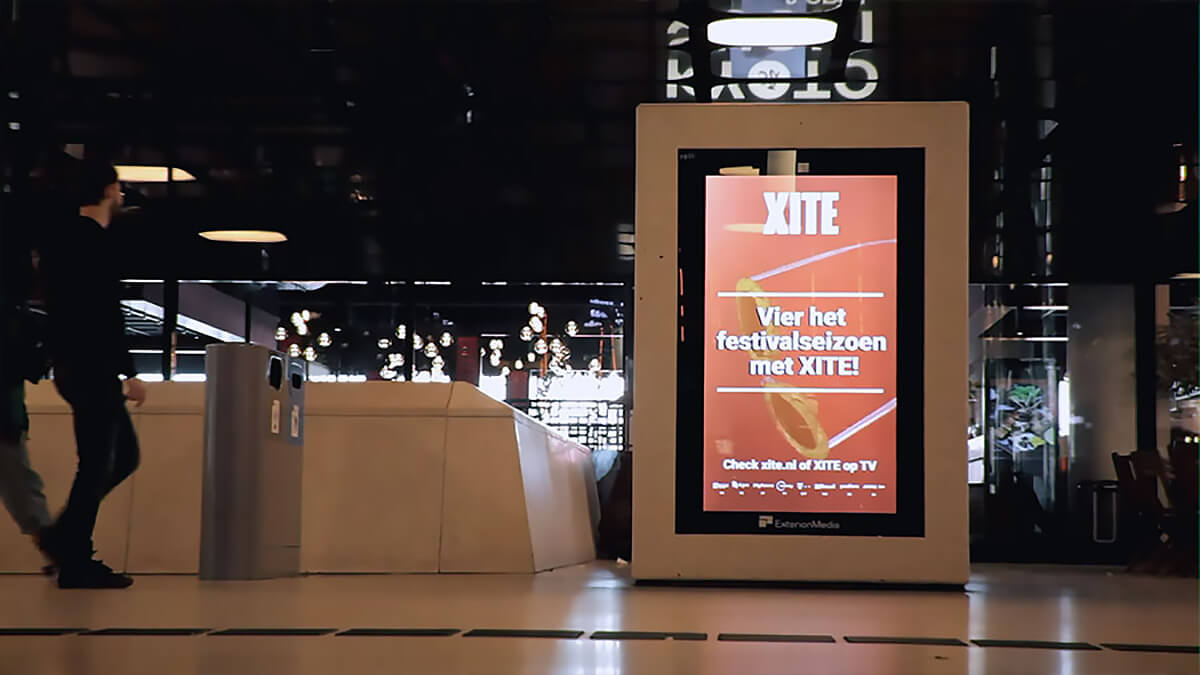 If you’re Dutch and into music, you probably know XITE. The media brand is known for its innovative ways to bring music videos to consumers through their television channels and their interactive personalized music TV product.

XITE is a firm believer that music videos have the power to shape the lives, culture and fashion of young adults, and their mission is to be a central part of setting these trends. While the brand has no problem influencing their audiences’ lives while they are at home, XITE wanted to be part of their entire musical journey, which includes staying top of mind when their audience is away from their living room.

Working with mobile-first media agency, MobPro (now Sage + Archer), XITE developed a highly-targeted and contextual campaign to run during the Netherland’s busy music festival season. Using location triggers, MobPro targeted festival goers, an ideal match for XITE’s target audience, with mobile ads as they were in the vicinity of a festival. However, they wanted to take the campaign a step further.

“We’ve always used location to target our mobile campaigns, and we knew we could do more with this data. Displaying our ads on digital out-of-home screens was a great addition to the campaign as we were able to reach the audience even when they aren’t looking at their smartphones, resulting in a much more impactful campaign.”

Through an integration between Broadsign Reach and MobPro’s DSP, XITE purchased Exterion Media screens in train stations across the Netherlands. Yet instead of buying every screen at all times, programmatic targeting criteria was used to only serve ads when relevant to the target audience:Day of the week – To ensure the creatives only ran when the target audience was nearby, the campaign triggered when there was a festival happening that day.Time of day – To maximize the budget and only spend when festival-goer reach was at its highest, the campaign played only in the early afternoon and late evening as people were coming to and from the festival.In addition to reaching consumers during the festival, mobile retargeted was also used to further establish XITE as a leader in all things music, culture and lifestyle.

The campaign reached 250,000 festival-goers over the course of the summer, 150,00 of which were reached with digital out-of-home and 200,000 of which were then retargeted after the festival.

“With programmatic digital out-of-home and mobile, we were able to carefully target our campaign to serve our specific target audience in a creative and contextual way, all without having to spend huge amounts of money. We’re happy with how innovative it all was and we will definitely be running this type of campaign again.”