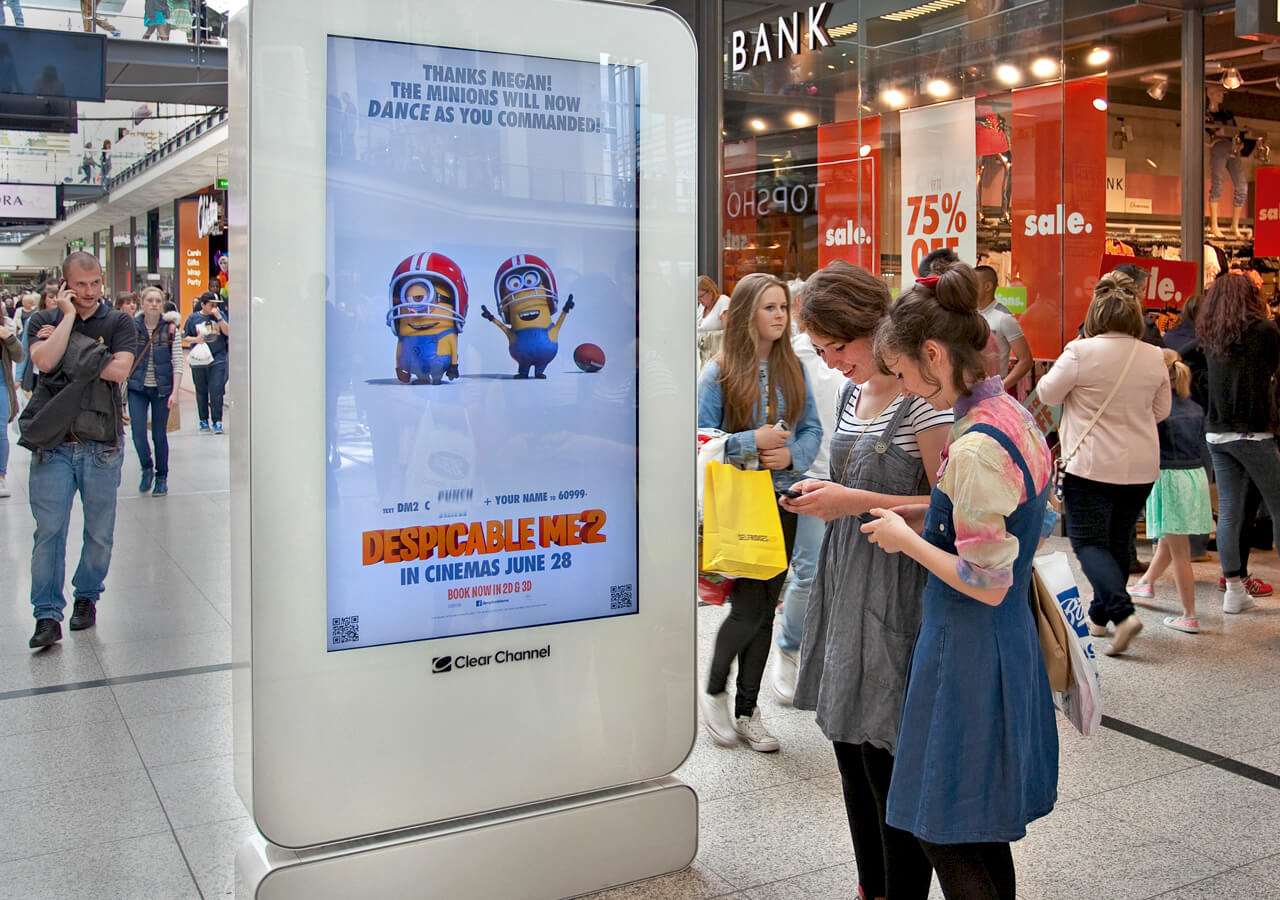 Mobile campaigns are a wonderful way for brands to reach their audiences. They can be highly targeted and can link straight to an online store. Yet while consumers do spend a large amount of time looking down at their phones, there are certainly times when this isn’t the case. What if you could extend your campaign reach to these moments as well?

Adding digital out-of-home to a mobile campaign will do just that. Digital out-of-home actually has a better recall than mobile ads and combining the two makes for an impactful multi-channel campaign. And with the medium now available programmatically, it can be bought and sold in a similar way to other channels in your campaign.

As an advertiser, whether in-house or at an agency, the goal is fairly straightforward: reaching the right audience with the right message at the right time, yet, as we know, this is easier said than done. Luckily, advancements in audience targeting and situational awareness enable advertisers to add a level of context to a campaign that was previously impossible.

With programmatic digital out-of-home, as with mobile, campaigns can be triggered only when certain criteria are met. With automation guiding the bidding process, advertisers have complete control over how and when their budget is spent. Timing of the campaign, location and custom criteria can be set, resulting in contextual, accurate and creative messaging.

There are many advantages for running a multichannel campaign with digital out-of-home and mobile:

Mobile campaigns are extremely targeted and can be customized for each individual, yet the small screen provided a fairly limited canvas. A digital billboard, on the other hand, can lead to much more exciting content. Pairing both mobile and digital out-of-home screens is a two-pronged approach that combines personalization and large-format impact.

This screen on Harmon Corner, which is larger than a football field, is probably one of the best examples of the visual impact a digital out-of-home screen can have. And as a matter of fact, it is available for programmatic purchase!

When designing an ad for a mobile campaign, it is fairly easy to also make digital out-of-home creatives. The exact dimensions will depend on which screens your DSP integrates, yet many screens size is similar proportions to mobile ads. What’s more, video and HTML5 content used in mobile ads can also be used on digital screens.

Similar to mobile ads, data can be used to make a campaign more dynamic and relevant to the viewer, as British Airways did in their classic #lookup campaign.

Mobile campaigns often include great CTAs that lead right to an app or online store, and the more traffic an ad gets, the more leads, downloads or sales a brand will get. Digital screens can entice people to look at their phones, either with a simple CTA, a clear web link or even a discount code, triggering mobile interaction.

Some campaigns even use mobile as a way for people to interact with the screens. As seen in the Despicable Me 2 campaign featured above or this campaign for Sky Ocean Rescue, mobile and digital out-of-home is a great pair to get people involved with a campaign. 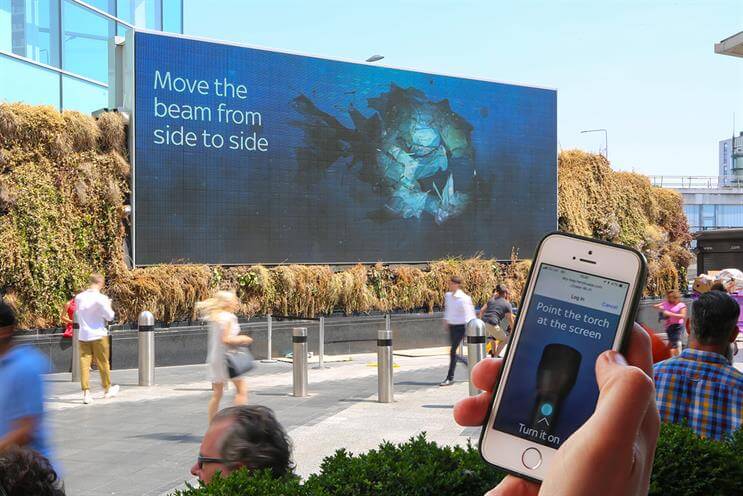 “With programmatic digital out-of-home, we were able to be extremely relevant to our audience without having to spend huge amounts. We’re definitely going to continue to innovate with this type of campaign going forward.” – Michiel Otten, brand manager beverages, PepsiCo 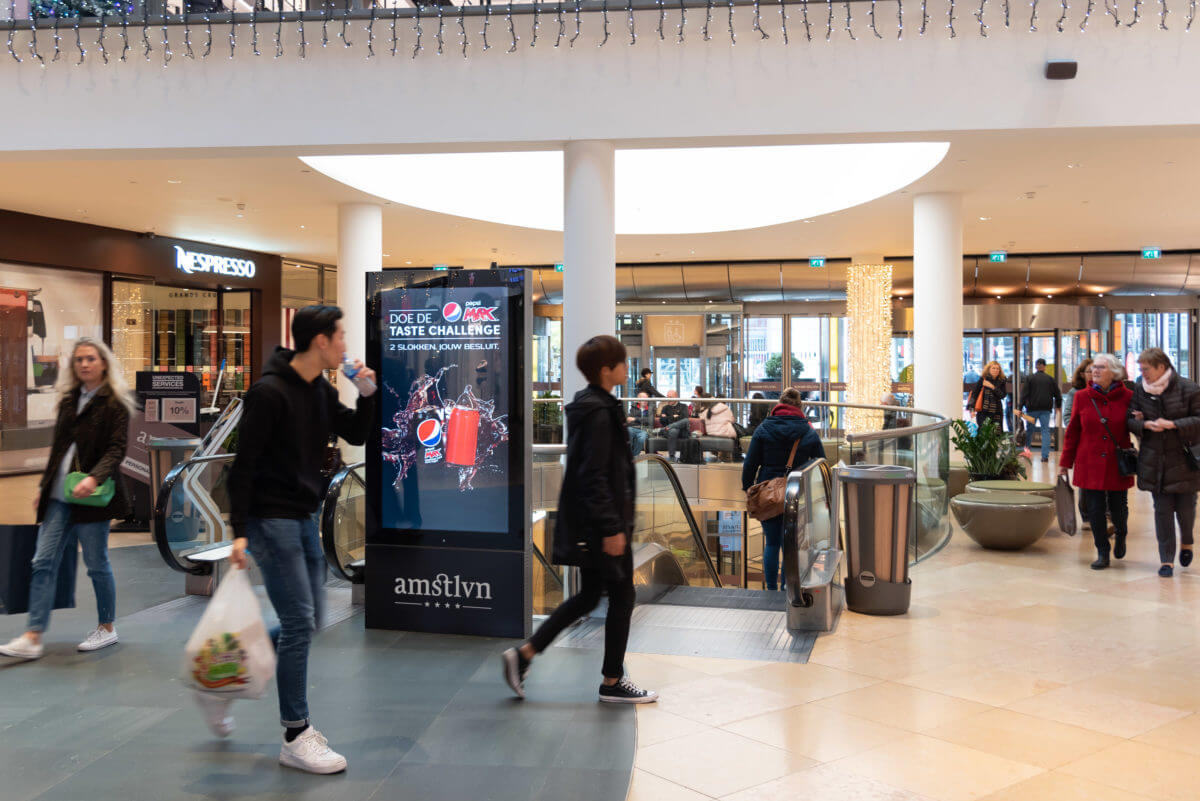 Using location to deliver a mobile campaign works well to retarget those who have been in a given area but is fairly limited when it comes to triggering campaigns in real-time. Even if someone walks into a geofenced area, there is no guarantee that people are looking at their phones at the given moment. With digital out-of-home, advertisers have the opportunity to catch a viewer’s eye when they enter an area, whether they are looking at their phone or not.

This programmatic campaign by food delivery service foodora, used restaurant locations to bid on screens in nearby offices, encouraging people to order pick-up from their app.

All in all, adding digital out-of-home to your mobile campaign gives you access to more inventory and more opportunities to reach your audience. If you’d like to know more about working with digital out-of-home, book a discovery call with one of our experts to get started.