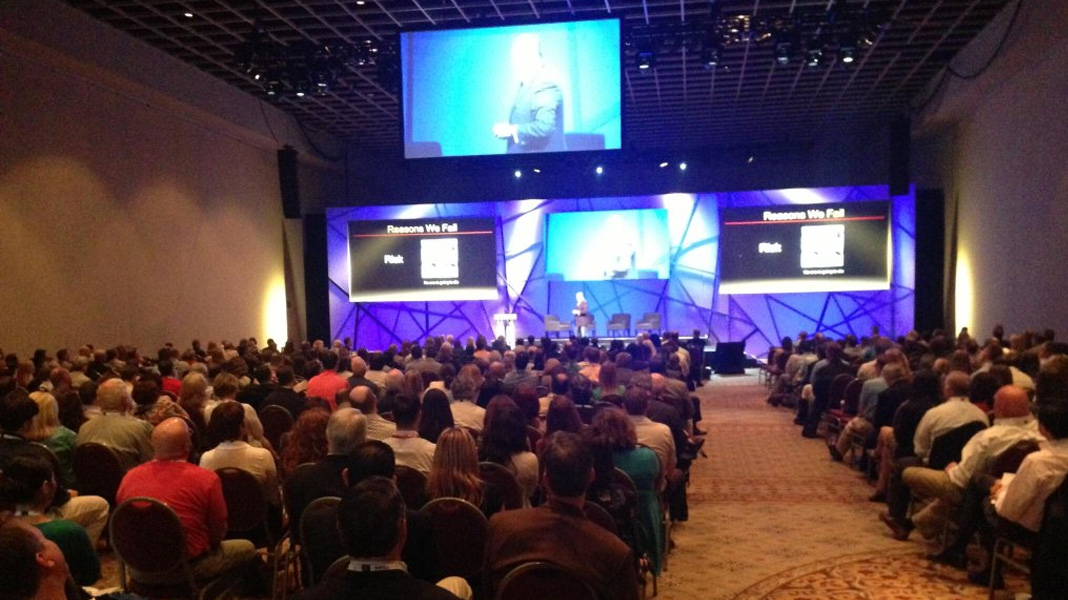 As the out-of-home industry moves from a static medium to a channel that acts as a point of fusion for the latest trends in digital and mobile advertising, it becomes increasingly easy to succumb to the hype.
Digital temptation is a term used by Benjamin Swinburne of Morgan Stanley as he discussed the 2014 Local Ad Survey at the 2014 TAB-OAAA OOH Media Conference. It is reflected in the rising expectancy of escalating OOH ad prices and a 3% year-over-year gain for outdoor in FY2014 ad spending forecasts. It can also be seen from the growing number of designated spaces for digital signage vendors in conventional signage, print and AV exhibitions (the category occupies its own hall at Integrated Systems Europe and InfoComm) to digital out-of-home’s augmenting contribution to OOH revenue.

The concept of digital temptation not only sounds as sultry as a technological term can get but is supported by consumer desires catered to by marketers. Consumers are more willing than ever to share personal information with brands in exchange for custom content and benefits, and mobile is the currency of this exchange. Digital signage can easily incorporate and instantly respond to mobile features and capabilities such as NFCs, beacons and geofencing, allowing for real time engagement and retargeting. Cross-channel campaigns marrying digital out-of-home with mobile takes three aspects of advertising: awareness, reach and frequency, and adds the engagement and big data necessary to track and analyze the full path to purchase.
Melanie Howard of the Future Foundation describes today’s society as hyper-individualistic, local and connected, operating within a culture of immediacy. To build on these behavioural shifts, JCDecaux North America’s debonair Jean-Luc Decaux advises that it’s not about the number of screens in a network but their location and Greg Stuart of the Mobile Marketing Association suggests that location is now more important than demographic. Such statements separate digital offerings from those of TV, print and radio in the same way that the “location is the new cookie” concept makes Internet analytics seem, dare I say, dated compared to those of digital place-based media.

With that being said, fashion-forward readers will understand that a different hue becomes the new black every season – yet black remains timeless and effortlessly tied in to just about any outfit. From runways to roadside, the out-of-home industry should know that static signage will stick around for quite a while too. Some conventional sign networks may never add digital displays, due to regulations and the premise that digital ad rotations lead to an oversupply that reduces pricing power.
Taking a hard look at the downsides of digital is important; as CBS Outdoor Americas’ Jeremy Male wisely put it, “let’s keep a healthy paranoia”. A paranoia that drives static signmakers to consider the adoption of digital media but not switch an entire network of billboards to LED displays in one go; a qualm that incites agencies to re-bundle departments in attempt to best deal with new media and novel ways of buying; a fear that forces everyone to, as Jack Myers of MyersBizNet urges, move out of their comfort zone into a new stability.
Mad Men and Math Men will agree that the emperor is most certainly wearing clothes, but nobody knows for how long. Let’s ensure he stays dressed.