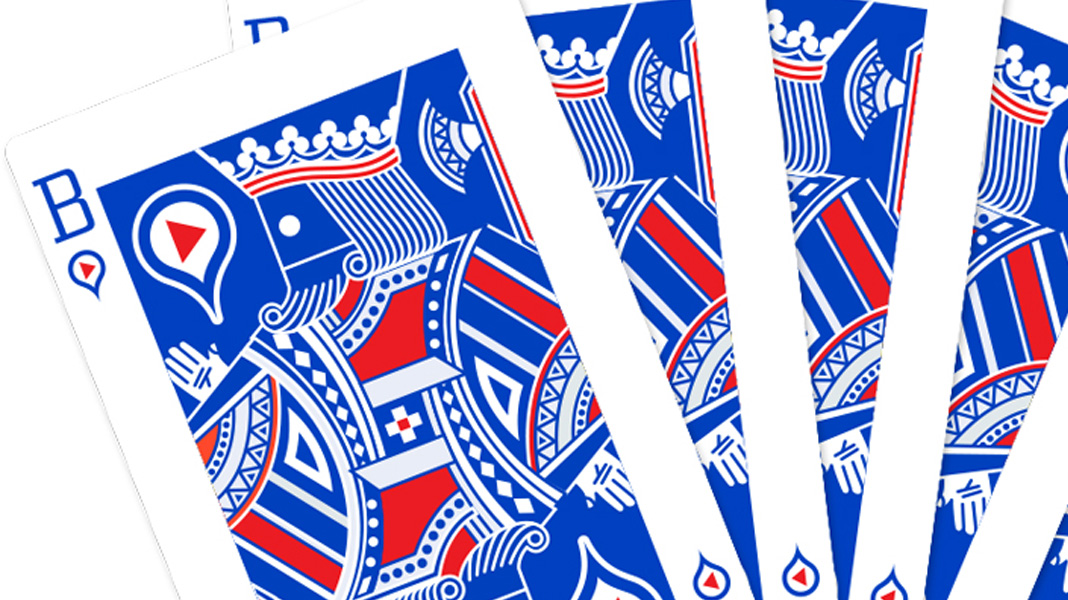 Digital Place-based Media Week encompasses a flurry of events whereby new contacts are made, ideas are exchanged and information is consumed. Upon its completion, the experience is processed and interpreted depending on individual situations, and action plans are developed accordingly.
Philip Lenger, President of Show+Tell and one of the first to present at DailyDOOH’s Thought Leadership Summit, Billboards Unplugged, made a reference to “the zookeepers of digital signage,” an accurate description that solicits a grin from anybody who has attempted to put order into or seek it from the growing digital signage industry. With that being said, one might argue that given the actions made during and after DPb Media Week, strategy is in the nature of the DOOH beast, and what better way to talk shop than through a game of cards?
The term “content is king” is so popular in the digital place-based space, it is beginning to provoke eye rolls. While content may be a dry word, Philip stated that it requires a great deal of attention. Digital signage will thrive as a value business so long as visual, audio and interactive material are used correctly. So why contest? Content IS king, and considering that people spend over five hours a day in front of a screen, even without turning on a TV (The Wall Street Journal/Emarketer), creating unique and engaging content is of utmost importance.
But behind every king there is a queen, and in this case, it’s context. An advertisement is successful if content is enticing enough for a viewer to not only accept its message but act on its directions, whether that means sharing it through social media or making a direct purchase. Jon Bond, Chief Tomorroist at Tomorro, LLC, and presenter at the 2013 DPAA Summit, noted that the digital place-based medium is being undersold unless the environment of the consumer and user experience are being considered.
Retargeting and attribution fit the bill for jack and ten. In a world of multi-platform experiences and media integration, marketers are drinking from the fire hose and attempting to find the optimal means of locating and communicating with desired audiences. Since seventy percent of waking hours are spent out of home (OAAA), the addition of DOOH to a marketing plan enables the targeting of specific buyers and the refinement of messaging in accordance with the stages of a consumer’s path to purchase. Moreover, digital signage software is not doing its job if information about data and delivery (verified by a third-party auditor) isn’t delivered to networks and agencies in an intuitive and transparent manner.
Ken Auletta, writer, journalist and media critic for The New Yorker, mentioned that due to technology, the real king of digital signage is the consumer. The effectiveness of digital place-based as a means of communication depends so heavily on the consumer that this factor should really be none other than the ace. At the end of the day, all cards are strategically arranged in a way that is thought to best win over the hearts and minds of buyers and persuade them to ante up.
There is tremendous potential for digital place-based if everyone plays their cards right. The time is now to show off our strong suit.