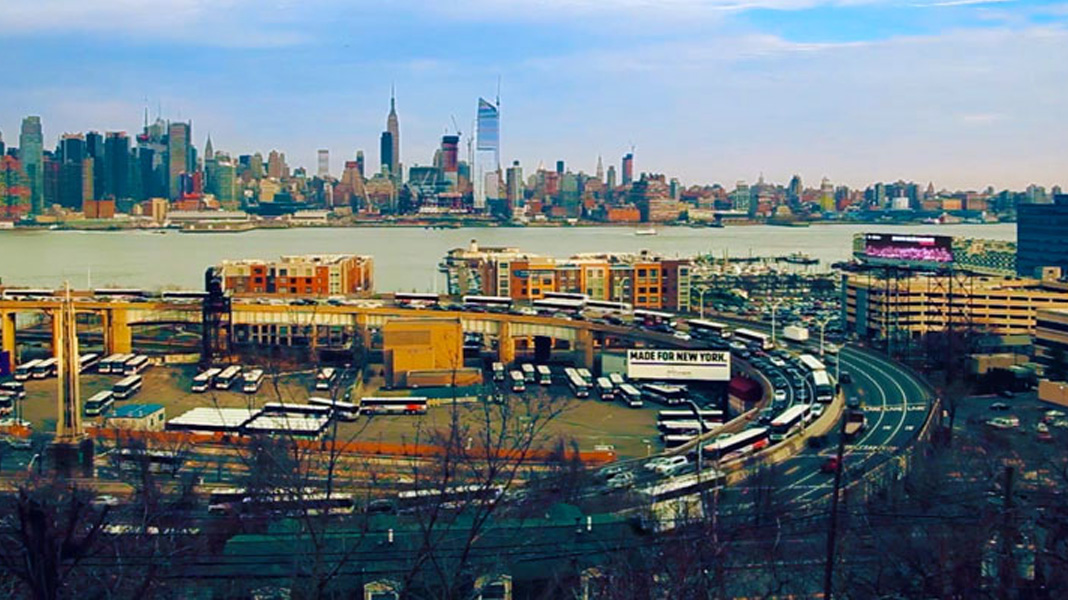 Branded Cities Network, a digital and spectacular media company known for its unique signage in iconic destinations throughout the United States, recently announced its conversion of the prominent Lincoln Tunnel billboard from static to digital format.

Almost three years after announcing Branded Cities Network’s selection of Broadsign’s digital signage software for Harmon Corner, a display larger than a football field on the Las Vegas Strip, we’re back to speak with the media owner about the Broadsign-powered Lincoln Tunnel Digital.
Michael Galkin, Sales, Marketing and Research Manager at Branded Cities Network, had the following to say about the display.

Stephanie: What was the reasoning behind the conversion from static to digital and how long did the switch take?

Michael: The trend in the OOH industry in recent years has been to convert static signage into digital ones. At Branded Cities Network, we specialize in iconic media in iconic destinations. With the Lincoln Tunnel being the only major river crossing connecting Midtown Manhattan to New Jersey, our Lincoln Tunnel spectacular was the ideal candidate for a digital upgrade. This conversion had been planned for two years, but the actual switch went rather quickly, with a total time of sixty days, which includes two weeks from when the LED boards were installed to being fully operational.

Stephanie: How big is it? (Please provide a PG answer.)

Stephanie: What is the loop length and what types of campaigns are currently running?

Michael: We are currently running a loop of eight, 8-second advertisements and have already run advertisements from the telecommunications, television, banking and theatrical categories.

Stephanie: Do you have any recommendations for advertisers on how to best make use of the location?

Michael: Our Lincoln Tunnel board is one of the most heavily trafficked locations in the NY DMA. Advertisers have the ability to make use of the significant dwell time that occurs every day. Commuters will have plenty of time to absorb a brand’s messaging, and I speak from experience as I am sitting in traffic at the site twice per day! Pairing long dwell time with the ability to deliver dynamic content to a captive audience is something that will make advertisers very excited.

Stephanie: Is mobile integration a good or bad idea on a busy freeway?

Michael: People should definitely be safe and not be using their phones while driving! That being said, mobile integration and its evolution continues to play an important role in the OOH industry and what we do here at Branded Cities Network. When you have millions passing by on a weekly basis, geofencing and mobile retargeting become attractive options, as they are ways an advertiser can amplify and capitalize on their messaging displayed on our Lincoln Tunnel Digital signage.

Stephanie: What are the benefits of powering the display using Broadsign software?

Michael: The digital landscape is a fast-paced one and Broadsign’s software allows us to be flexible and nimble to our advertising partners’ needs. From day-parts to triggered and dynamic creative to quick scheduling updates, Branded Cities Network is very comfortable with Broadsign’s software acting as the command center powering our newest iconic spectacular, the Lincoln Tunnel Digital.