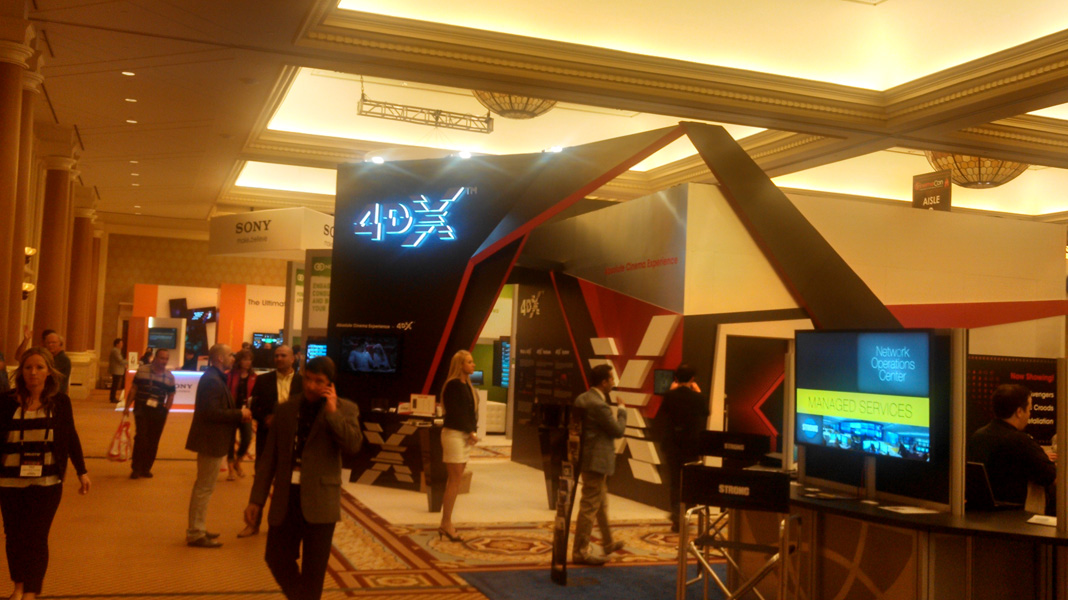 This year’s CinemaCon convention was held from April 15 to 18 in Las Vegas, NV. It is the flagship event for the National Association of Theater Owners (NATO) and features the latest offerings and advances by exhibitors ranging from hardware manufacturers (such as Sony and NEC) to concession suppliers that may or may not work with digital signage.

Around 3,500 individuals attended the event, consisting mostly of movie theatre management. Cinema operators are increasingly using digital signage within their facilities via lobby screens, concession areas and screens outside theatre rooms. One of Broadsign’s larger networks, Cineplex, falls into this vertical.
Brian Marin, a Sales Director for North America at Broadsign, was present to learn about the industry’s newest trends and noted that kiosks designed to facilitate the movie previewing, ticket purchasing and seat reserving process were plentiful.