There’s great opportunity to be found in appealing to consumers in motion. They might be hungry, or hungry for their next adventure, or simply in need of a little information. Understanding how to communicate with these individuals can help unlock value in a digital signage network.

With its data-driven operations and strong core network, MMD Media offers a good example of how to approach DOOH for travellers.

Taking on OOH by air and by road

Founded in 2001, MMD Media drew from its founders’ previous advertising and media experience to take on the aviation ad space. Initially, this took the form of ads on the outside of planes, and later in-flight magazine ads and on headrest covers. Before long, they found themselves moving indoors, mounting posters inside airports. From there, MMD expanded its efforts to include out-of-home advertising in and around gas stations, and later began a transition to digital out-of-home.

In an environment replete with big DOOH players, MMD has found success in carving out niches in which it can achieve market-leader status. Attracted in part to the prolonged dwell times found at gas stations and airports, the company seems set on continuing to build a presence in travel-related spaces. 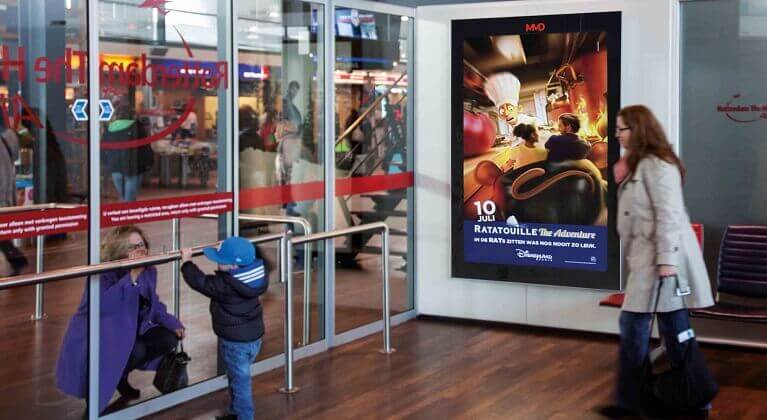 MMD sees a couple of key benefits to digital out-of-home. DOOH is more flexible than static OOH, and it provides the ability to more easily deliver relevant campaigns to an audience.

MMD integrates external data streams with its content management and delivery to get the most from these qualities of DOOH. Its airport screens can draw on data about arrivals and departures to tailor content to the airport audience. 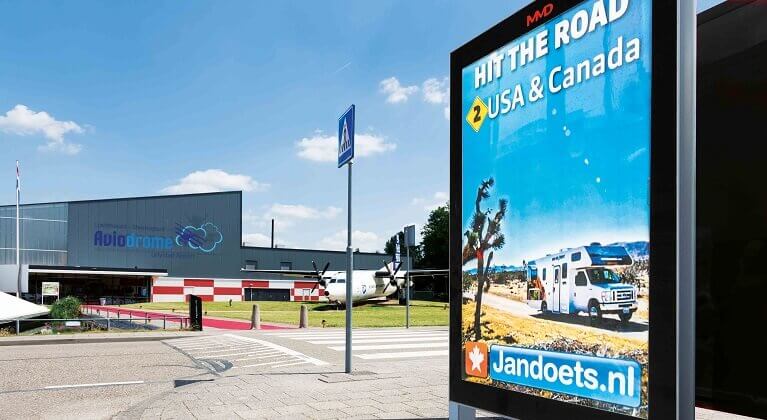 One example is a campaign the company ran for Bol.com; a Dutch ecommerce site specializing in entertainment and leisure items like books, toys and electronics. The campaign was played only when travellers headed to popular vacation spots—a group that might like to enjoy Bol’s products while in the air or laying out at the beach—would be near the screens.

This data-driven approach to content management can also be applied at a local level. Imagine all the gas stations on MMD’s network are running ads for a coffee and donut combo. When the inventory system in place at the station registers that donuts are running out, it can trigger the signs to instead advertise something else—a deal on coffee and a pastry, perhaps. This, without any intervention required on the part of users on location or by MMD itself.

Representing approximately 1,100 of MMD’s 1,200 screens, the gas station vertical is central to the company’s ambitions. At stations on MMD’s network, screens can be found at the pumps, outside of the building, and inside of the store area. These help ensure messaging can be delivered to the audience wherever they might be on the premises.

On the part of the businesses that adopt screens on MMD’s network, there are a few benefits that can be realized. For one thing, the locations can share in a part of the advertising revenue. Stations are also able to use screen inventory to display messages related to loyalty programs or special promotions. This is a capacity that can lead to significant benefits. Close to one in five people who have seen a digital video ad claim that it spurred them on to make an impulse buy. 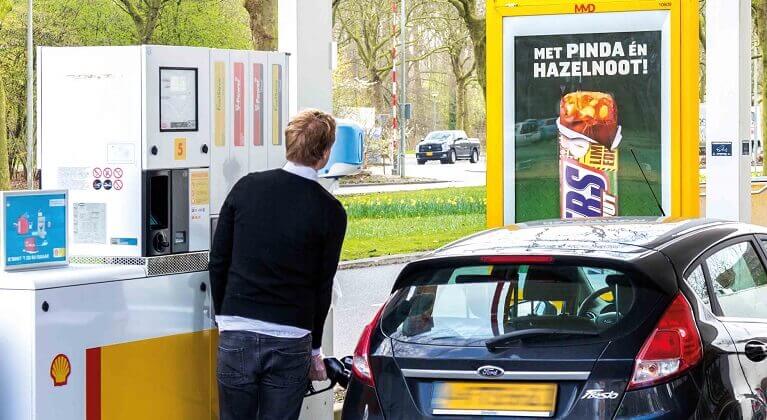 There’s only so much room for growth in a small, densely populated country like the Netherlands. In the near term, MMD plans to spread outwards into Europe, beginning with an expansion into the Belgian market. This coincides with MMD Media’s ongoing shift to an entirely digital inventory. The next couple of years will mark an important milestone for the company.

Expanding further afield will place some new demands on the network. Security, reliability, and monitoring functionality become more important than ever. This is because MMD must be able to monitor and maintain screens farther away from home. MMD’s desire to enable programmatic DOOH sales on its network also presents a challenge that few platforms can address.

To meet all of its network requirements, present and future, MMD Media has turned to Broadsign. The security, reliability and scalability of the platform will allow MMD to expand with confidence. Further, Broadsign’s own programmatic DOOH service, Broadsign Reach, integrates fully with the rest of the platform. This ensures the smoothest possible addition of programmatic sales capability to MMD’s network, a capability which will become increasingly important in the years ahead.