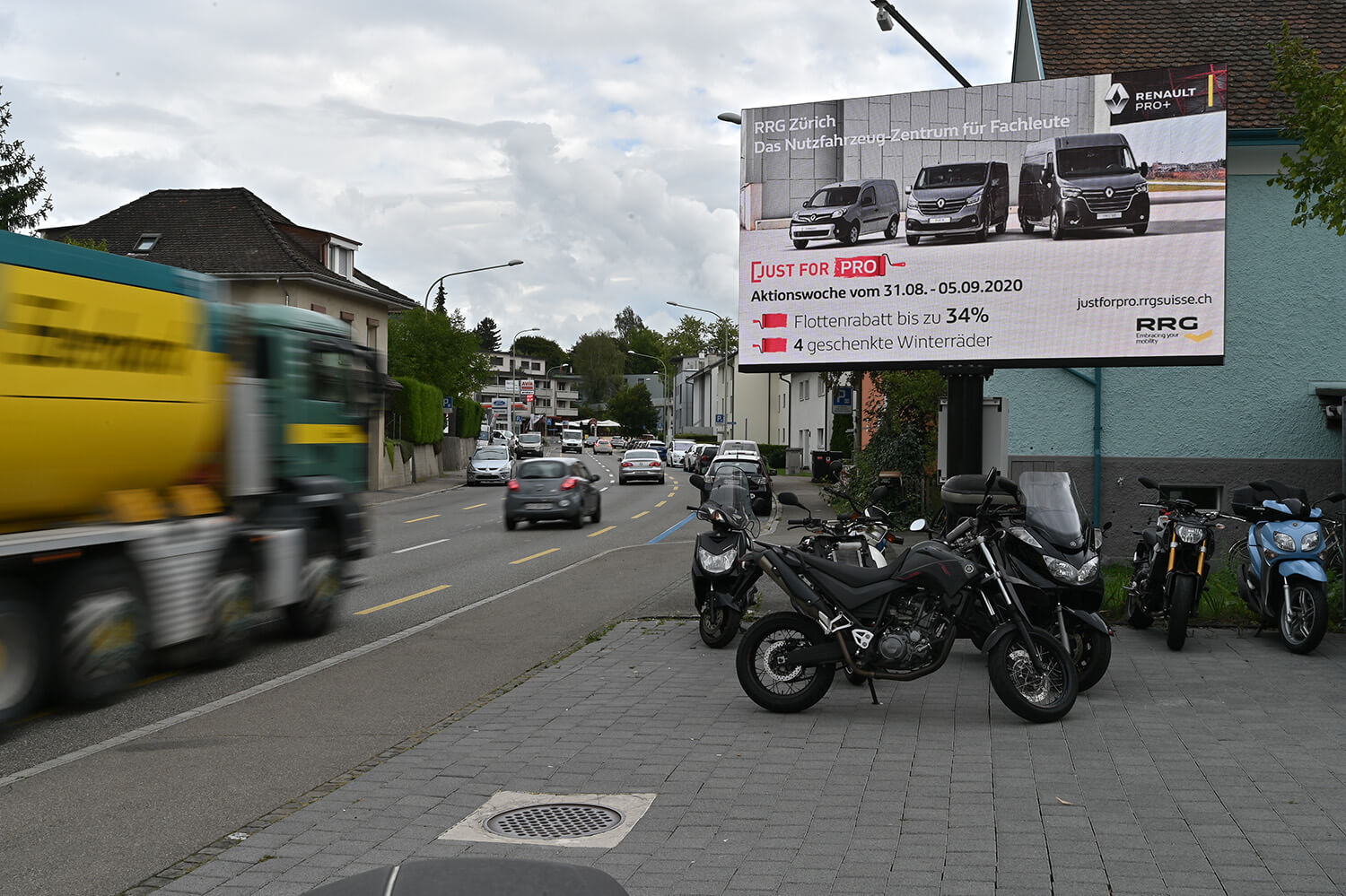 For years, digital out-of-home has been a big draw in many larger European countries like Germany or France. In neighbouring Switzerland, the format only more recently seems to have found its footing, and this DOOH revolution in Switzerland is led by companies such as kanawai MEGA SCREENS, a media owner helping drive the medium’s growth in the country by championing its myriad benefits.

Delivering DOOH to the Swiss market

kanawai MEGA SCREENS was founded in 2007, an era when digital screens were relatively new to the market but were gaining traction among advertisers and media owners alike. As other European markets began to invest more heavily in DOOH, kanawai MEGA SCREENS followed suit and began to introduce roadside screens along some of the country’s major road networks, growing its inventory steadily.

Today, kanawai MEGA SCREENS specializes in offering premium roadside locations, with a network spanning 70 screens and counting. The company oversees a mixed network of both displays they own and ones they operate, selling ad space to interested customers.

Of the signage that does belong to kanawai MEGA SCREENS, roughly 95% of its ads come from paid advertisers, with the remaining slice a mix of real-time traffic updates, weather data, live news, local event information, and, on occasion, internal job openings. Once, kanawai MEGA SCREENS posted a new position to one of its screens, and a curious applicant applied after seeing the posting when driving by—a great example of how the out-of-home medium helps companies stand out.

For kanawai MEGA SCREENS, the future of DOOH is programmatic

While digital out-of-home is relatively new to many in Switzerland, the kanawai MEGA SCREENS team already has its sights set on making programmatic DOOH a much more mainstream means of transacting in the market. So far, only a few of its screens are programmatically enabled, with Kanawai working closely with TWmedia Basel to bring these campaigns to life.

kanawai MEGA SCREENS cites a recent partnership campaign as an example of programmatic’s power. The brand was looking to drive meat product sales during barbecue season, and pitched an idea to run their ads on warm, sunny Friday afternoons — the right time of day to inspire passersby to stop off at the supermarket on the way home and pick up some grill-ready goods for the weekend. It’s just this type of campaign that other brands have already begun to express interest in, and something the kanawai MEGA SCREENS team is more than ready to support.

Before 2017, uploading content and visuals to its displays was challenging and labour-intensive as these tasks could only be performed manually using inefficient digital signage software. But this was all streamlined upon integrating the Broadsign platform. Investing in this upgraded solution was a key component of kanawai MEGA SCREENS’ plans for growth in its market.

Operating the Broadsign platform has helped make the teams’ jobs much more manageable while reducing any potential for error. kanawai’s team has found the solutions from Broadsign intuitive and user-friendly, which has made getting new employees on the software a straightforward process. Currently, two employees handle all content scheduling, a process made seamless with a bit of help from Broadsign Control.

Currently, the company operates both Control and Broadsign Reach to offer their premium roadside inventory through programmatic channels. Finally, they are also looking into Broadsign Publish to help clients and teams more efficiently deliver local messaging across their displays.

Up next: Steady, sustainable growth

For now, kanawai MEGA SCREENS remains focused on building up its roadside network across Switzerland. While being in a multilingual country can present its own unique set of challenges for media owners looking to grow — largely because different cities and regions require specialized permits – the team is optimistic about the role digital out-of-home will play in all markets across the country.

kanawai MEGA SCREENS’ outright passion for DOOH is helping drive its success: From the endless opportunities it affords customers—such as same-day booking to creative potential — kanawai is a team excited about where DOOH is headed in its market. The team sees plenty of possibilities for growth and development in the space on the horizon, especially given how accessible the medium can be made through programmatic.

Growing consistently and sustainably is how the business plans to expand, especially in a market that’s still in an overall expansion phase with digital out-of-home. But with a medium like DOOH, it’s safe to say that the future is bright.

Broadsign is the world’s leading solution for digital signage software.

Want to power your screens with the right tools? Get in touch with us today!