A small coastal nation across the sea from Italy, Croatia is perhaps best known for its stunning beaches, rich history and for being one of the Game of Thrones filming locations. However, look behind the scenes and you’ll see that it has also become home to an exciting shift towards smart city infrastructure.

Leading this transformation is Go2Digital, a young company with big ambition. Its mission: to become the sole Croatian destination for digital out-of-home.

Go2Digital was created in 2014 in response to two important observations:

With Croatia’s population topping out at a little over 4 million, the founders realized that fast action could allow them to capture a large proportion of the national market. First targeting the shopping mall vertical, the company jumped in with 100 screens in 21 of Croatia’s 30 largest malls. This was followed by investments in premium outdoor screens in Zagreb’s Main Square, as well as on other top streets in Croatian cities. 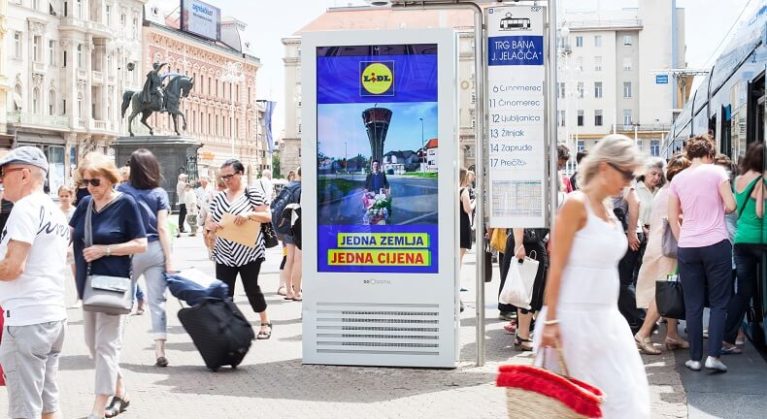 Today, the company boasts 203 screens across the country. This includes locations in the 19 largest Croatian cities and 28 of Croatia’s 30 largest malls. Go2Digital estimates that its network allows it to reach 95 per cent of the urban Croatian population, making it one of the three widest-reaching media networks in the country. And still, Go2Digital sees this only as the beginning of an even more expansive network of screens. As it grows, it intends for its premium locations and cross-country presence to make it the go-to DOOH network within Croatia.

A high-tech sheen to every screen

As it has developed, Go2Digital has continually introduced innovative and captivating technologies to its network. A prime example of the results of this investment is the ‘Seastar Diver’ campaign that Go2Digital ran for Croatian Telecom to promote its sponsorship of the Sea Star music festival. With this campaign, a display’s audience was invited to connect to a large screen via their mobile phone. This turned their phones into controls for playing a game on the big screen. The campaign was a big hit, and a great showcase of the tech behind Go2Digital’s network.

Visual recognition is another area that Go2Digital has experimented with to great success. Early in 2018, a special campaign was developed for the launch of the Samsung Galaxy S9. People who passed by the display were presented with emojis in their likeness, with the option to snap a photo by smiling for the display’s camera. This, too, proved popular with Go2Digital’s audience.

Additionally, the company works with the Quividi digital signage analytics platform to gain deep insight into the performance of the screens on its network. This helps the company track how many people see screens and ads, ensuring Go2Digital can accurately price its inventory. It also offers insight into the demographic makeup that sees a given display. This makes it easier for brands and agencies to target their content for the greatest impact.

One exciting project being undertaken by Go2Digital is an update of Croatia’s public telephone network. Existing facilities were underused and losing money. However, they held important positions in high-traffic areas and were a public necessity. Inspired by similar projects taking place elsewhere, Go2Digital put together a plan to modernize the phones.

The result: goodbye payphones and hello free communications hubs! Go2Digital’s new phone booths offer free phone calls, WiFi hotspots and interactive screens. In the near future, payment systems and an information service will be introduced for even greater convenience. All of this is supported financially by advertising content delivered to the phone booths’ screens. Once struggling financially, Croatia’s public phones are now becoming sustainable and useful to more people. 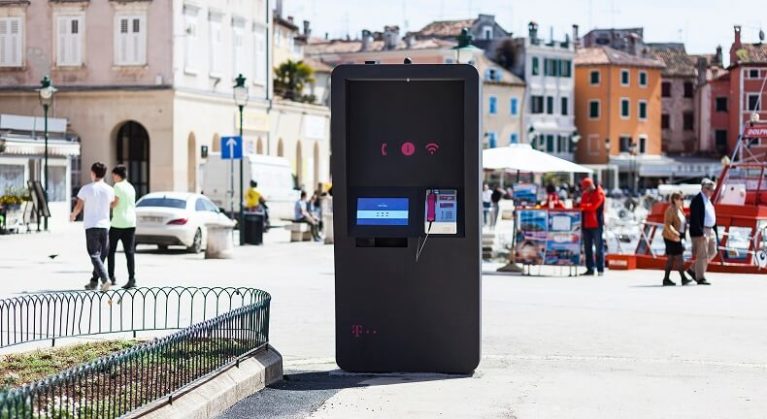 With a countrywide network and plans for aggressive expansion, Go2Digital requires a powerful content management system. For this, it turns to Broadsign.

With the intuitive dashboards included in the Broadsign platform, Go2Digital can streamline monitoring and maintenance and deliver the high-quality service its clients demand, all with little effort expended. This leaves more time and resources to devote to the sales and technological development the company needs to pursue its goals. If ever they encounter an issue with a screen anywhere on their national network, they can immediately catch and fix it remotely.

Best of all, the platform scales up easily. However large Go2Digital gets, it will be able to maintain the same level of efficiency and quality that its clients appreciate today.