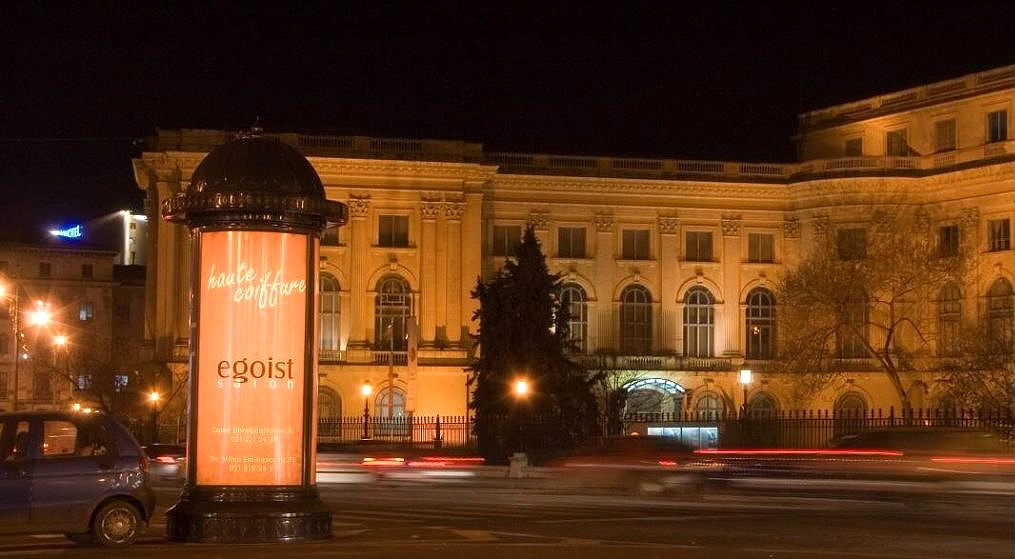 One of Romania’s largest OOH companies, Getica OOH’s products include media on billboards, free-standing street-level displays, bus shelters, and other static inventory. The company has enjoyed a prime position in Romanian DOOH since its founding in 1997.

Getica OOH prides itself on the strength of its relationships with buyers and agencies, helping them maximize the value of their buys. The company wanted to build on its success in static OOH, increase business efficiency to better serve its customers, and set itself up for future growth.

Getica adopted the Ayuda platform to manage all of its OOH assets. Ayuda Splash’s strength in managing static OOH networks made it a natural fit for Getica, which dealt with static media exclusively for years. The Ayuda Juice sales tool also lets Getica quickly respond to queries and send proposals. Finally, because Ayuda supports digital out-of-home as well as static, Getica is in a good position to expand its business down a new avenue.

Getica has seen dramatic improvements to its sales process, completing sales four times more quickly than they did before adopting the Ayuda Juice sales tool. The company is also set to start its first expansions into DOOH, and will use Ayuda Splash to manage its new digital assets alongside its existing static faces.

Get to know Getica OOH

Founded as Exclusiv Media in 1997 and acquired by Newscorp in 2000, Getica OOH quickly found itself a part of a high-profile media landscape. The company built up over the years, developing strong relationships with top brands drawn to the company’s premium inventory across Romania’s OOH landscape. In 2012, the company was bought out by management and rebranded as Getica OOH.

Since then, the company has continued to deliver strong advertising opportunities across billboards, pillars, large-format and special installations, and other formats that make great, creative advertising larger than life. National and international beverage, retail, fashion, telecom, and other premium brands are among the company’s regular customers.

Until recently, the return on investment for DOOH in Romania was not high enough to justify much investment in that area. Now that the numbers have shifted into the positive, Getica is preparing to make its first steps into the digital space.

To start, the company is focusing on a pilot project that will see about 50 ad-based displays placed inside a number of supermarkets owned by a large chain operating in Romania. The displays will include advertising for the supermarket’s own goods, as well as goods from buyers that have products sold in those same stores. Provided all goes well, the project could expand to as many as 500-1,000 displays in Romania, or more if the customer elects to widen the scope to include locations in other countries, too.

Once the supermarket project is underway, Getica also intends to look to its existing static assets, and upgrade select locations where it anticipates the new capabilities offered by DOOH could generate the most value.

Entering the DOOH space is exciting, but comes with new challenges as Getica adapts to selling new media formats, working with different kinds of media scheduling, and providing new kinds of technical support to media buyers. For a company that prides itself on delivering top value to all of its customers and partners, it’s especially important to Getica that the transition be handled well.

That’s why, for both its static assets and its upcoming DOOH project, Getica has trusted in the Ayuda platform. With Ayuda Splash, the company is able to manage all of its static and digital assets from a single location, helping it to stay on top of all its inventory and contracts with ease. With the Juice sales tool, the company is able to respond to RFPs and send proposals to customers in a quarter of the time that it took them prior to adopting the system, and the system has the support for both static and digital OOH sales that Getica needs.

Getica has also integrated the platform with its accounting tool for a fully automated invoicing system that saves a huge amount of time and minimizes the potential for human error.

With 3,000 static faces and tens or hundreds of digital displays on the way, having these systems in place will help Getica remain efficient and reliable as its network grows.

See how the Ayuda platform can help