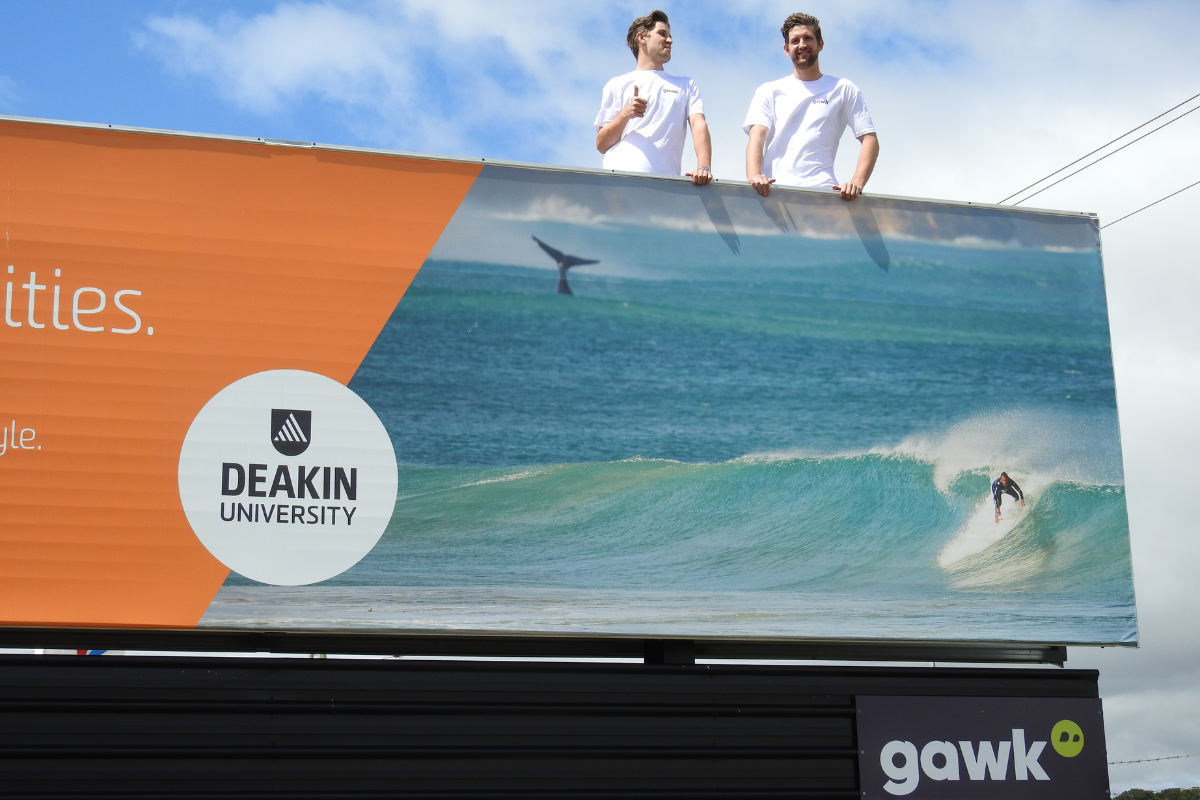 There’s a misconception that out-of-home is extremely costly, and that it’s a media format strictly reserved for large advertisers and blue-chip companies. But, businesses of all sizes would certainly benefit from the visibility and reach out-of-home affords. Teaming up with media owners that have a brand’s best interest at heart means they can hop on the outdoor advertising bandwagon and increase profits and drive awareness.

This is the message that the team operating Gawk Outdoor is looking to get across in their home state of Victoria in Australia. In fact, they’re doing it with a growing network of both static and digital billboards across southeastern Australia catered in large part to local businesses, all to ensure that fellow Regional Victorians have their chance to stand out and be seen.

The brothers behind Gawk Outdoor

Just a few years ago, the OOH landscape in Victoria was scarce — which presented Luke and James Course, the brothers behind Gawk Outdoor, with opportunities to bring their big ideas for the format to their market. In 2018, the siblings teamed up to launch what was then called Regional Billboard Co., later renaming the company to Gawk Outdoor. The company’s first billboard was installed in the city of Portland, soon followed by an additional seven later that same year. Gawk Outdoor is the largest independent outdoor advertising company operating across the southeastern state, as well as New South Wales. Most of their inventory is static, but their network also includes six digital screens (and counting). As of September 2022, the number of Gawk Outdoor sites has reached 80 locations across Victoria and is expected to continue to grow in the near future.

What started out with a simple mission – to make out-of-home more available and widespread in Victoria — now includes another layer. Regional Victoria lies at the heart of their efforts, and they strive to ensure that local businesses have the same advertising opportunities and access to OOH as international players. In fact, about three-quarters of its clientele are brands and advertisers who are relatively new to outdoor advertising, and that’s just how the Gawk Outdoor team likes it. A wide range of advertisers work with Gawk Outdoor, from national advertisers to hyper-local businesses. Across their network, you might find locals like Swipe Pest Control running campaigns on the same billboard that McDonalds or Liquorland advertised on in the previous month. They enjoy working with companies who might not have previously considered billboard campaigns in their media budgets.

The advertisers Gawk Outdoor partners with are often wowed by their attractive pricing and the highly coveted locations of their billboards, which offer great visibility and reach. What’s more, Gawk Outdoor’s inventory is made up of high-quality, recently-built billboards along highly-trafficked roads and streets. 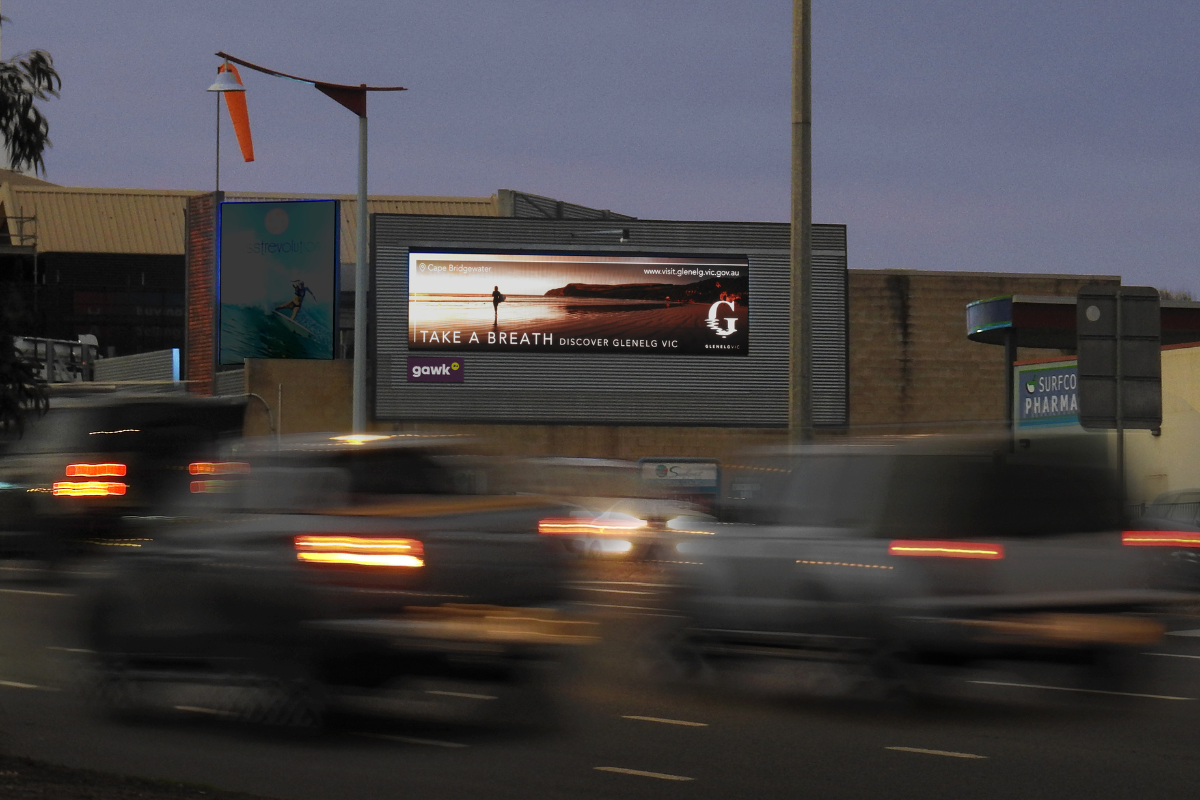 DOOH and programmatic DOOH are on the rise, becoming essential parts of the out-of-home industry, and Gawk Outdoor is working towards including them in their offering. For now, they’re proud to provide their customers with streamlined solutions for out-of-home, supporting their efforts by offering a price-conscious alternative to competitors and choosing to install billboards in the most ideal locations for desired campaigns.

Though Gawk Outdoor teams up with businesses across various industries, tourism and agriculture companies have notably seen their share of success on this network. One such example is a campaign launched by the Halls Gap Zoo in the Grampians. This initiative helped the zoo reach tourists who were driving to the Grampians National Park, an audience that is near impossible to reach without a medium as visible as out-of-home.

Another example is Queensland-based Pioneer Seeds, a business that supplies farmers with various types of seeds. With Pioneer Seeds’ outdoor efforts, they’ve been successful in boosting brand awareness and fostering a sense of trust among farmers in key areas that wouldn’t otherwise have been possible without the reach that out-of-home affords. 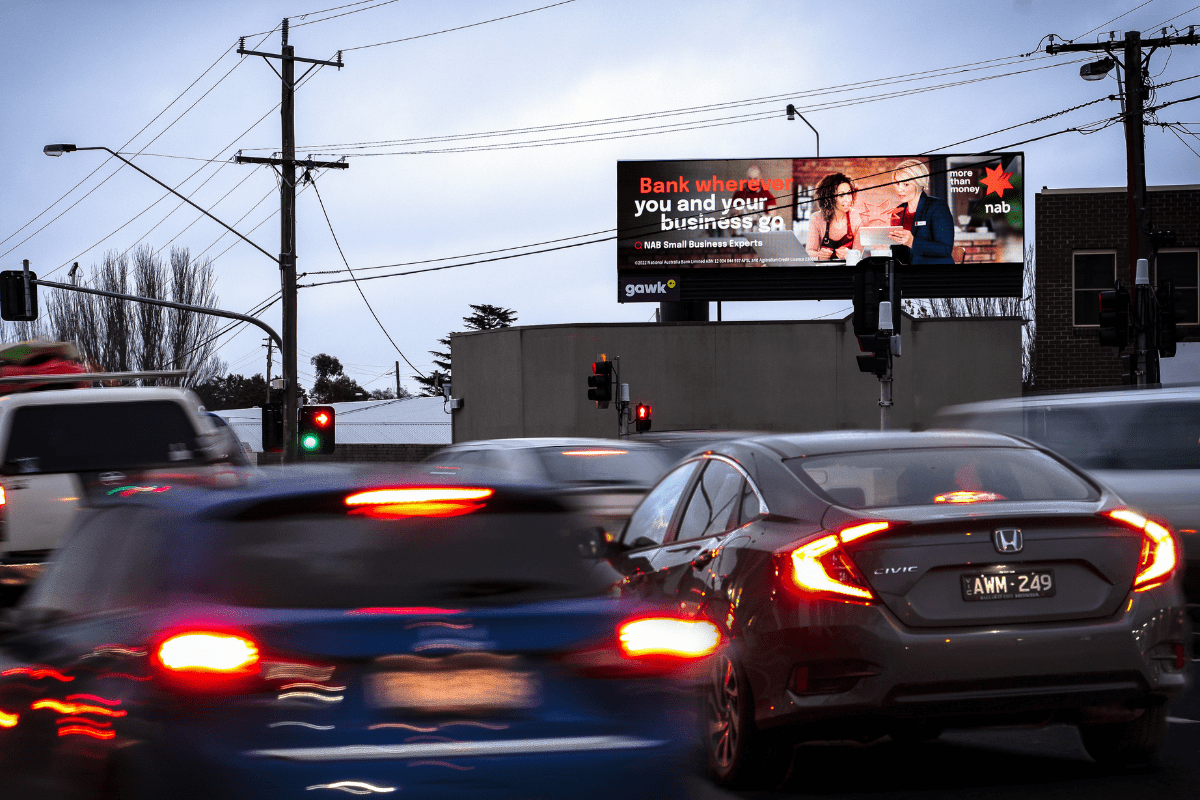 Though Gawk Outdoor is still a relatively new player, this ambitious team has their sights set on growth. With scaling their organization comes a need for more efficient operations. The team had already invested heavily in premium fixtures and the best locations in the region, and when it became necessary, therefore turned their attention to software to help make the process of operating an expanding inventory of billboards easier. In 2021, the team adopted the Broadsign Ayuda software to better streamline their workflow and better serve their customers. As Gawk Outdoor’s volume of transactions and contracts increased, they needed to leverage software that could eliminate the risk of human error, making Ayuda the perfect choice.

With Ayuda, the Gawk Outdoor team saves time, more efficiently centralizes their assets, and helps them book campaigns with greater ease. The platform can help Gawk Outdoor’s clients, many of whom are themselves newcomers to out-of-home, see rate cards for static media bookings and get insight into inventory availability.

Tasks that were once performed manually suddenly became much more foolproof. Now, both sales and operations teams use Ayuda, resulting in a more timely contract process. Notably, Gawk Outdoor is running the Juice and Splash programs independently to manage their digital and static networks. 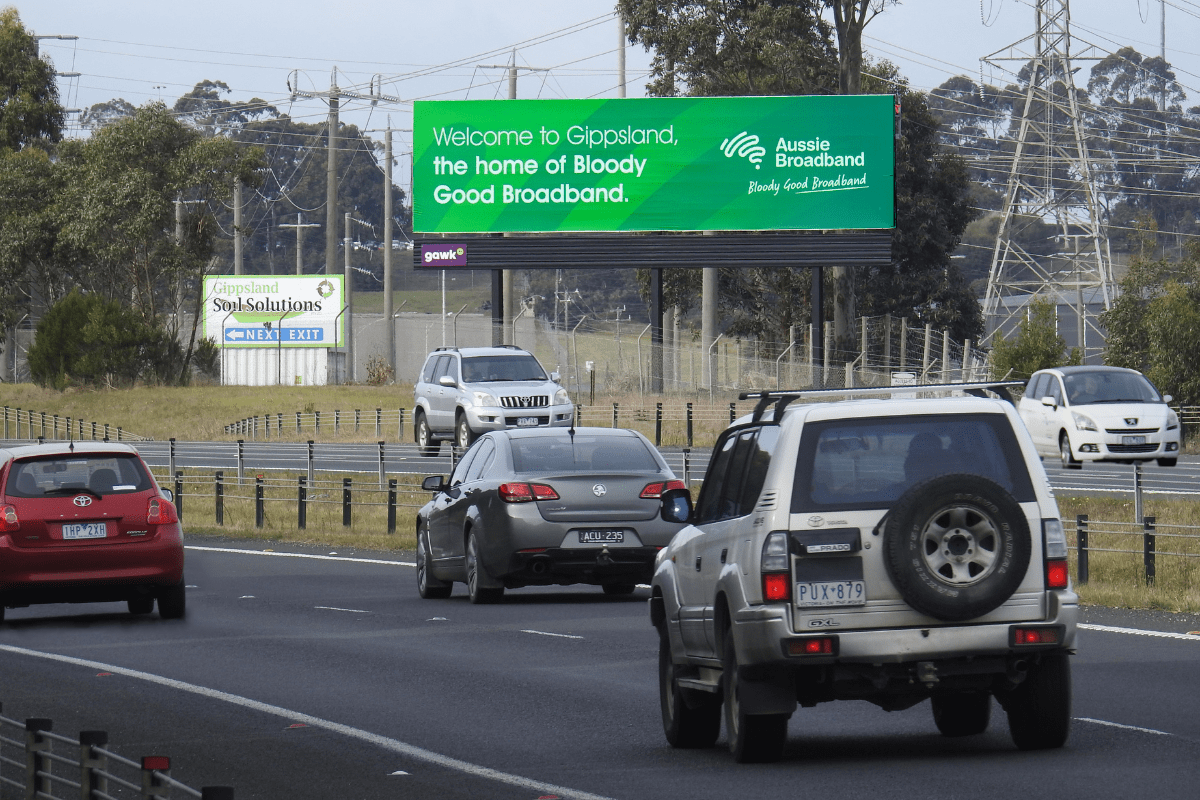 Gearing up for what’s next

Well on their way to becoming OOH leaders in the region, Gawk Outdoor has big plans for where they’ll take their business next. They’re working towards growing their already robust network, a vision that will include adding 20 new billboard sites to their roster in the coming months. Beyond that, they hope to expand to about 150 billboards within the next two or three years.

For this up-and-coming OOH agency, helmed by a driven team passionate about the industry, the potential for where they’re headed next knows no bounds. While serving Regional Victoria remains core to their business, there’s no telling what parts of Australia you might soon spot a Gawk Outdoor billboard.

Want to grow your OOH network? Book a demo with Broadsign today!