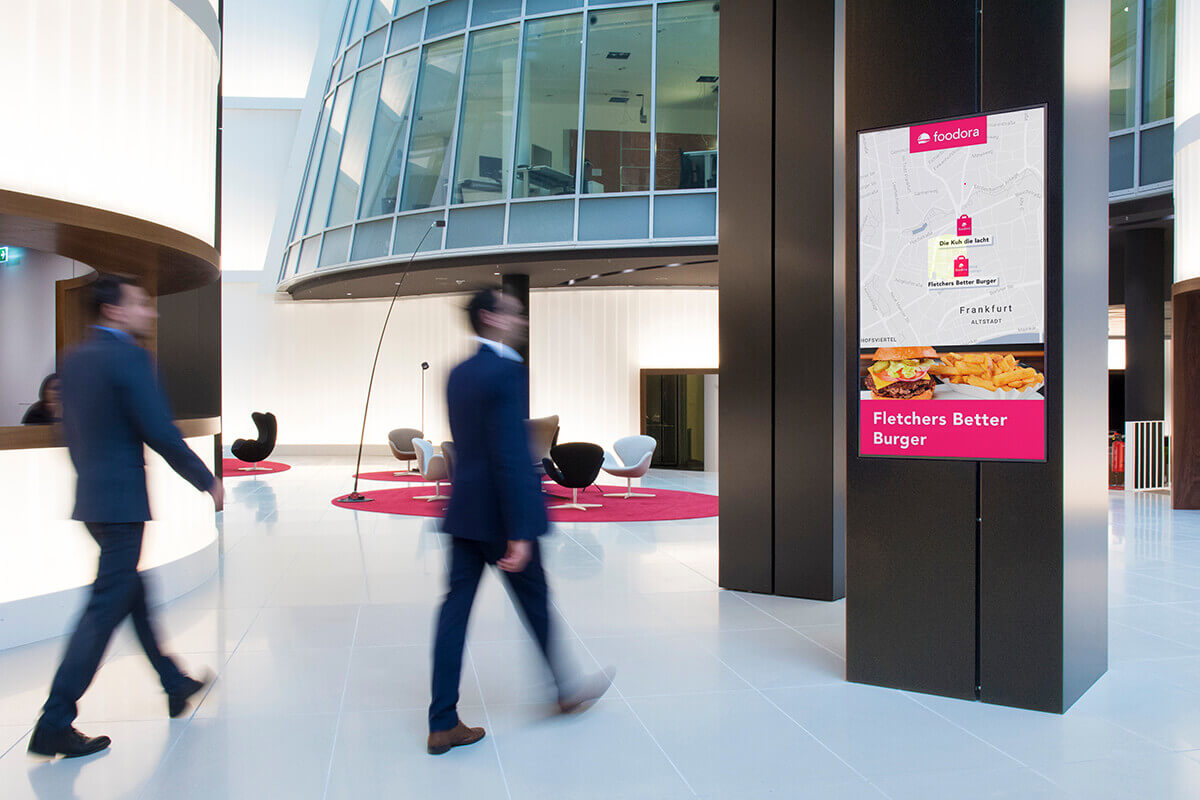 When strolling the streets of Germany’s largest cities, it’s not uncommon to see foodora’s bike couriers, in a flash of bright pink, delivering meals to people across the city. The online food delivery and pickup service has been a success in Germany since its debut in 2014, and has since expanded to 10 countries around the world.

While the brand is popular for its food delivery service, foodora’s pick-up option isn’t as well-known. The in-house foodora programmatic marketing team, responsible for automated programmatic buying worldwide, was determined to change this.

foodora’s programmatic team generally sees success in traditional digital marketing, relying typically on online and mobile programmatic display purchases. But they wanted to do something a little bolder for this campaign. The innovative team of two media buyers wanted to reach customers in a different, more targeted way.

Using OutMoove’s demand-side platform (DSP), foodora decided to include digital out-of-home screens to their media campaign to build awareness in a targeted way.

To add context to the campaign, foodora customized their messaging based on data triggers available in the DSP, including:

Time of day: Campaign messaging changed to promote a quick lunch, an afternoon pick-me-up or a handy dinner depending on the time of day.

Location: Some of the ads were customized based on restaurants in the vicinity, encouraging customers to pick up at one nearby.

While screens helped the brand reach consumers within the heart of their busy business day, screen location was also used to trigger online and mobile campaigns. Using longitude and latitude data, those near a campaign screen were served an ad on their mobile phone to increase campaign reach and frequency. Serving 107,000 ads and reaching a million impressions, foodora’s multi-channel programmatic campaign was a success.

While foodora does have an internal team specialized in out-of-home, the programmatic team was able to bid on and execute their digital out-of-home campaign independently and without previous knowledge of the medium.

“We have been eyeing programmatic digital out-of-home for a while now, and we are so pleased that we finally added this channel to our media campaign. The targeting options available enabled us to reach our intended audience, and the data integrations allowed us to add valuable context to our messaging. Overall, we’re pleased with the campaign and are looking forward to including digital out-of-home in our future plans.”

What’s next for foodora? The programmatic team is already looking at including custom data to automatically promote the pick-up option when they are running low on delivery riders, and to implement deeper targeting to display ads in office buildings where corporate program customers are located.