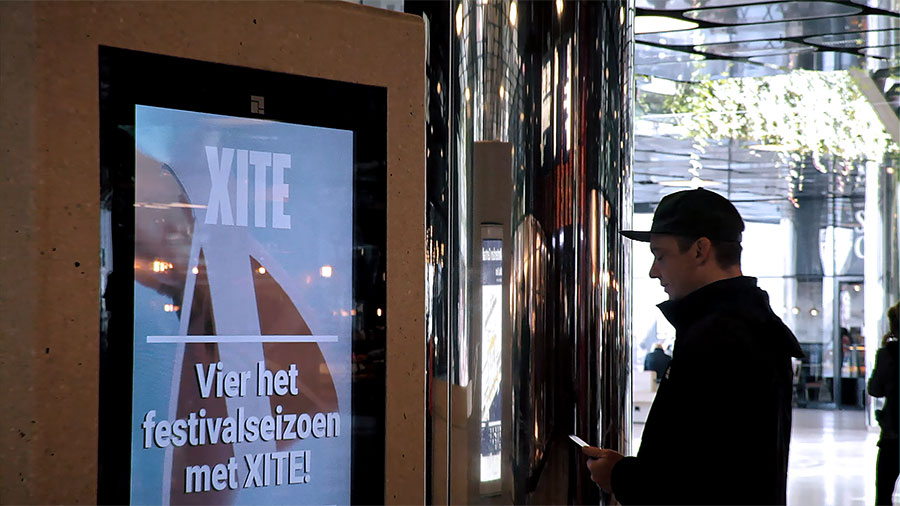 Did you know you can buy digital out-of-home programmatically? Do you have a vague idea how it works? If not, read this.

Once you’ve got the basics down, you might be interested in actually adding digital out-of-home to your programmatic campaign. It’s a powerful medium, and automated bidding gives you the opportunity to create efficient and targeted campaigns. Triggers can be set up based on weather, time-of-day, day-of-week – any data feed, really – to only run the campaign when it’s relevant to the audience.

A recent campaign by music video brand XITE did just that, combining mobile, online and digital out-of-home for a creative, efficient and memorable campaign.

“With programmatic digital out-of-home and mobile, we were able to carefully target our campaign to serve our specific target audience in a creative and contextual way, all without having to spend huge amounts of money. We’re happy with how innovative it all was and we will definitely be running this type of campaign again.”

More and more advertisers are embracing digital out-of-home, adding bright, impactful screens to their mobile and online offerings. Are you the next?

Before getting started, there is one important way digital out-of-home differs from traditional online and mobile programmatic: the way audience is measured. Given that one screen can be seen by thousands of viewers, audience is not calculated on a one-to-one basis – just imagine the viewership of a digital billboard ad in Times Square! Instead, audience is calculated based on a variety of research and data methods to determine the number of impressions a screen will get.

First-party data – the venue owner has a tally of the number of people in their establishment. This could be done via a ticketing system, like at a cinema or in a public transport network, or by analyzing sales.

Second-party data – the venue owner hires a company to conduct research on who is present, through surveys, a counting system or other anecdotal research.

Third party data – an independent third-party research firm like Geopath or Nielsen conduct a statistical analysis of the likely views that a screen will get using anonymous location data from mobile phones and cars, and custom data resources like traffic statistics and pedestrian count.

Video data – this third-party research uses cameras and sensors integrated with a DOOH analytics platform like Quividi or Linkett to collect views data on an ongoing basis.
For an even more in-depth analysis, OOH audience data can also be broken down by demographics like age, gender, purchasing habits and more. This enables you to better understand who will see your ad, and to ensure you hit your target audience.

These demographics also have an impact on price, as some audiences are more interesting to advertisers than others. For example, a billboard in a wealthy and established neighborhood will likely cost more than one in a less affluent area of the city, as this audience is presumed to have a higher level of disposable income.

How to price digital out-of-home

Once these metrics are found, a multiplier is used to determine the CPM for a given screen, very similar to other programmatic media. As with any product or service, supply and demand play a large role in determining the cost of a billboard. The more attractive it is to advertisers, the higher the price, with factors like location, audience impressions and demographics, and the type of sign affecting the final cost. 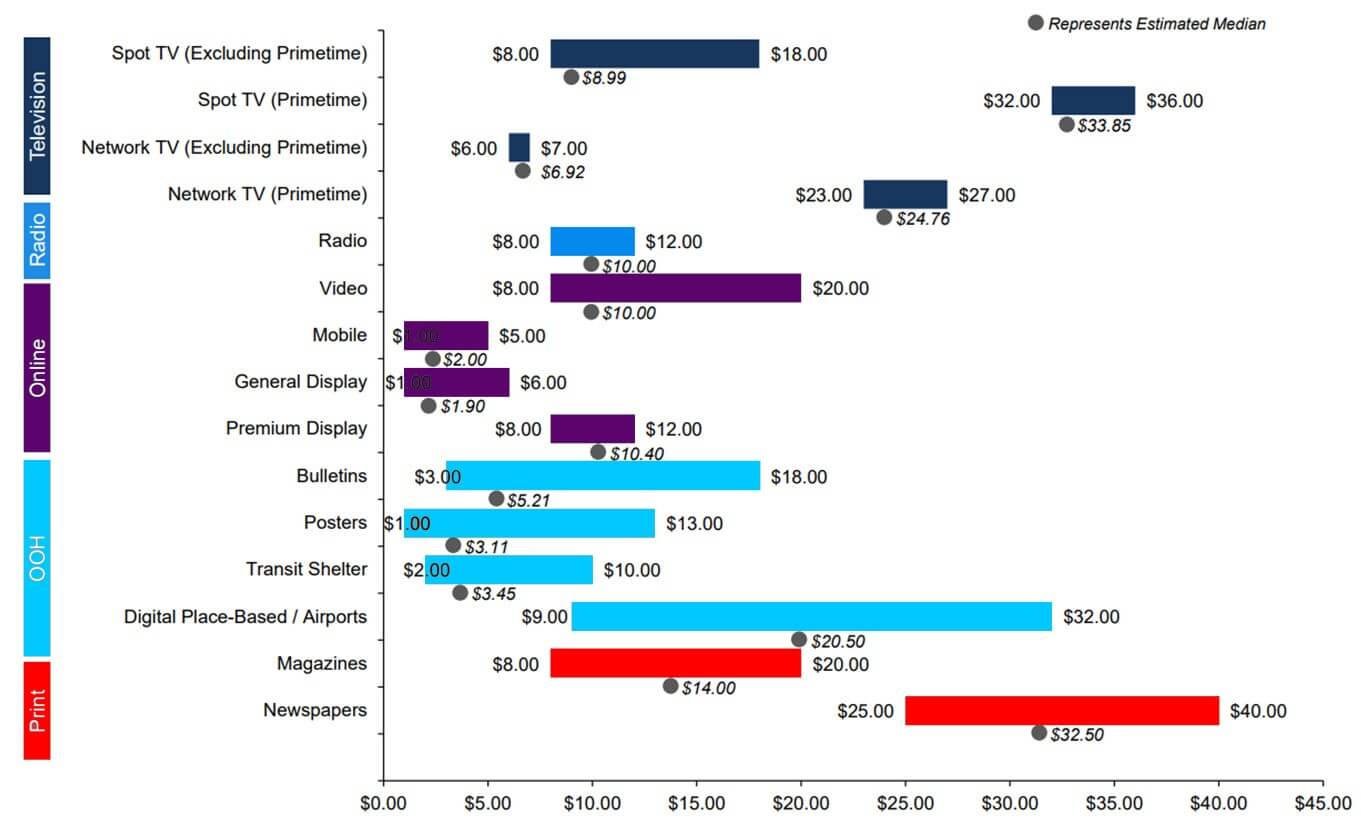 Digital signs have an average CPM of nine to 32 dollars, making this medium slightly more expensive than its online partners. However, digital out-of-home offers creative flexibility and budgeting options that are otherwise impossible.

While adding digital out-of-home to your campaign is quite simple, it differs slightly from traditional programmatic. Here’s what you need to do:

1. Decide where you want to buy

The main this here to consider if digital out-of-home inventory screens are located where your target audience is. Some DSPs offer a global inventory of screens, while others are more focused in smaller geographical regions.

2. Decide on your DSP partner

Once you’ve determined where your campaign needs to run, select a partner to work with. Depending on the DSP, some are are hands on, and will guide you through initial setup and campaigns, while others are more self-serve. Given that it’s a fairly new medium in programmatic and there a slight differences between digital out-of-home and traditional programmatic, it’s suggested to get a bit of help on your first campaign.

For a digital out-of-home campaign to be a success, targeting criteria should be set. This can be as simple as using screen location to determine a given audience. However, other criteria like time of day, the day of the week, or feeds like weather, traffic or even custom data, can be used to further add context to a campaign. Most DSPs already have some form of targeting available, while others will even help you set up custom data feeds for your campaign.

5. Set up a procedure for creatives

Digital out-of-home assets are fairly similar to online and mobile, yet generally need to be of higher quality to look great on large screens. In many cases, creatives can be reformatted from mobile and online. However, be sure to consider text size and graphics to ensure your creatives are impactful on large screens. Given its public nature, digital out-of-home publishers may also require an initial creative before a campaign can go live.

Digital out-of-home is one of the newer mediums to join the programmatic realm, and as more brands run amazing campaigns, we’re excited to see what the future holds. Who knows, maybe your programmatic campaign will be the next to dazzle on screens around the world.