As the lines blur between out-of-home and online digital advertising, publishers are increasingly fielding demands for greater immediacy and pressure to create more innovative offerings for buyers. Investment in new tech can take a company so far in meeting these demands, but it takes careful planning and a dedication to service to take these aspirations to their fullest conclusions.

From its origins introducing new DOOH formats to Lima in 2014 through to today, Brapex Publicidad Exterior has achieved those goals. Today, it is known for offering a standout experience and excellent results to agencies looking to make a splash with DOOH.

Starting with just two screens in 2014, Brapex made a name for itself in large part through its support of full-motion video content and location-based media selling. The competition, by contrast, sold static images in circuits until Brapex redefined the standard for DOOH in Lima.

The company maintains, however, that its backbone as a business lies in its dedication to quickly responding to customers and offering them the flexibility to truly buy according to their needs. Key to this undertaking is offering 24/7 customer service, something that none of its competitors do – and something its customers greatly appreciate.

Ads that Sell and Ads that Save

The main driver of business for Brapex is advertising for national and international brands looking to connect with consumers. This includes prominent airline, beverage, toy, and car brands, as well as large musical and cultural events in Lima and elsewhere in Peru.

Brapex also looks to put its screens to good use by supporting charity work that it believes in, typically offering screen time and assistance to a different charity each month. One significant example is the Kusimayo institution’s Warmth for Puno program, which insulates homes and distributes warm clothing to help vulnerable populations better cope with cold weather. The ads took a simple concept, comparing the temperatures in Lima with regions experiencing the coldest temperatures, and used it to encourage donations to assist people living in those areas. The campaign drove an increase in donations of more than 20% in 2018, at a time of year when the funds were badly needed. 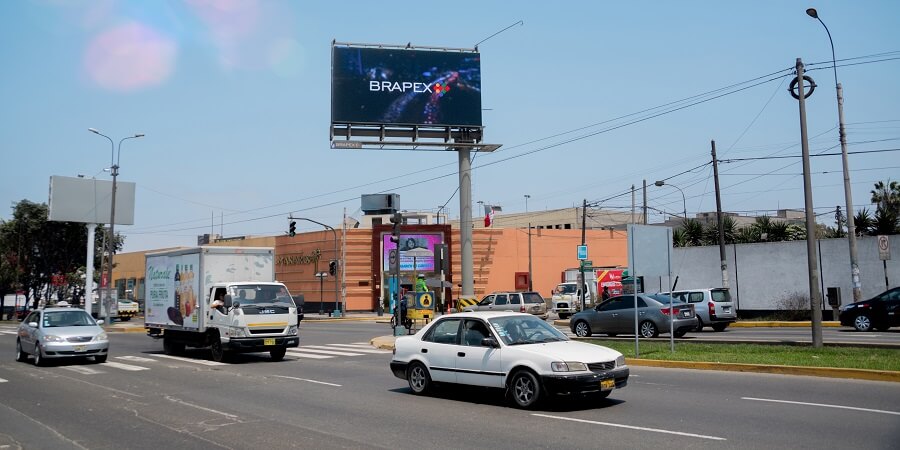 As the market develops and Brapex’s network continues to grow, the company is seeking opportunities to build on its past successes by developing useful new products for its customers. Its Brapex interactive initiative looks to increase the development of interactive DOOH media for display on Brapex’s screens.

Meanwhile, buyers are also being granted the opportunity to supplement their DOOH advertising with Brapex’s location ads. These ads appear on Facebook and Instagram, geotargeted to users who have been in proximity to Brapex’s screens. It’s an ideal complement to the out-of-home advertising that buyers are distributing across Brapex’s screens, and is an offering that none of Brapex’s competitors can currently match. 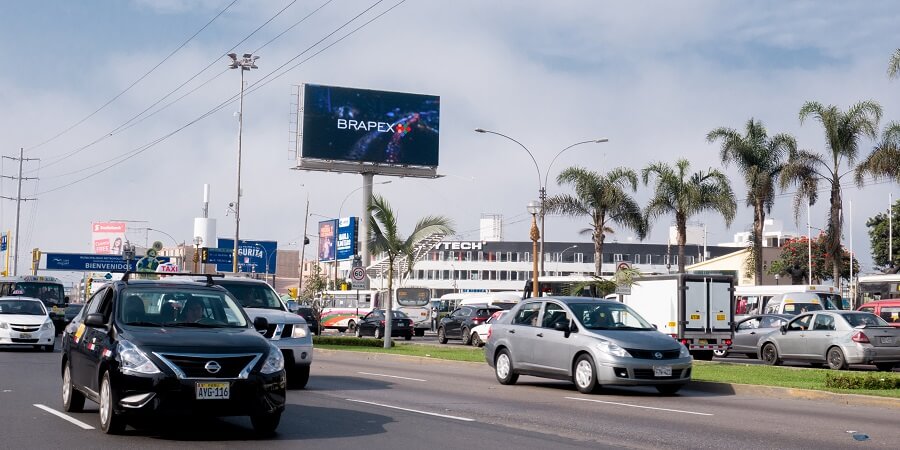 Looking forward, Brapex is eager to jump into a programmatic future, something which will be key to unlocking a new level of immediacy for its buyers.

It takes a good software platform to power an innovative, snappy, customer-first business model. This is especially true when the network is responsible for delivering 95,000 ads to as many as 45 million people each month, with more screens planned for deployment in the months and years ahead.

Seeking not only to set itself apart from the pack in Peru, but also to gain the capabilities required to run a world-class network, Brapex chose Broadsign.

With Broadsign Control, Brapex has the foundation for delivering many kinds of media to its screens, with scheduling and delivery automated by the system. Broadsign Direct, meanwhile, provides the real-time inventory management and proposal generation tools that allow Brapex to achieve the highest level of synchronization and efficiency possible. Finally, Broadsign’s position as a world leader in programmatic DOOH means that as soon as the region is ready to start transacting programmatically, Brapex will be ready to jump in with the world’s best solution.