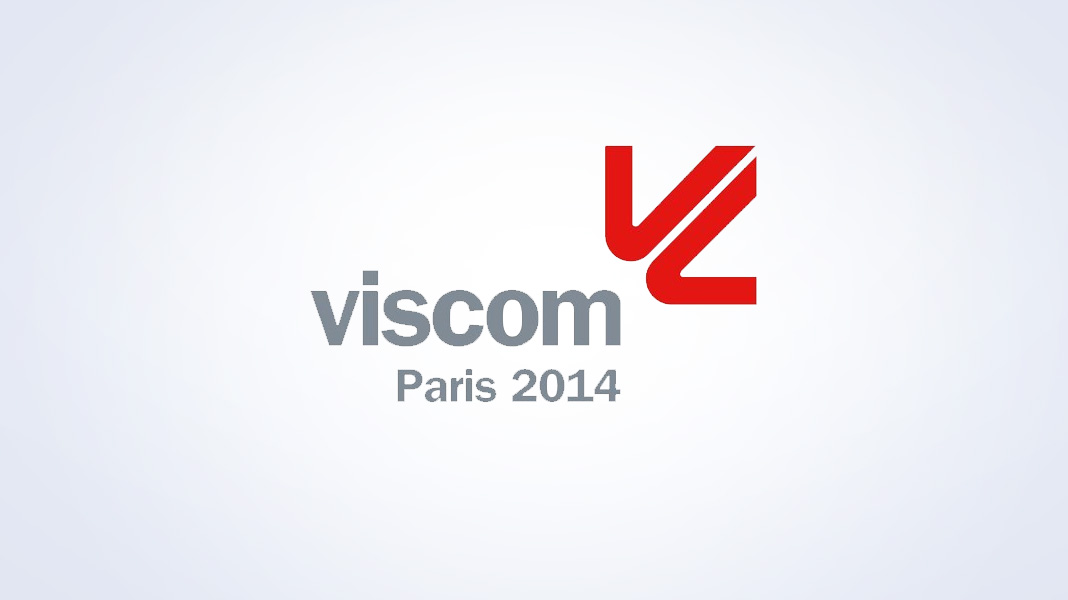 Digital signage, out-of-home, print, AV… Of the great deal of trade shows and conferences dedicated to or incorporating DOOH, never have I witnessed complimentary croissants, macarons and champagne served to attendees in the comforts of a networking lounge. The French sure know how to live.

But where does their savoir faire stand when it comes to digital signage? Viscom Paris 2014 took place at Porte de Versailles and brought together 190 exhibiters, most falling into the show’s traditional print category. Reappearing for its second year, the Digital Village was smaller than its debut, home to four digital signage vendors and positioned closely to a handful of screen manufacturers.

For those who only use size as a measurement of success, the event would quickly be deemed as a digital signage downgrade compared to the last. Yet that would be a faux pas, as the clique of exhibitors and attendees supporting the medium were actively pushing an agenda that had advanced from the year prior. Concern for environmentally-friendly practices remained top of mind with presentations by EcoLogic and POPAI, while the remainder of conference topics addressed current issues discussed by the rest of the digital signage community, within the French context, bien sur.

The most popular panel was organized by the Club du Digital Media in sync with its Digital Media Day and Viscom’s theme of “Imag’in the New Office Design” (last year’s focus was retail). TMM Communication’s Fabrice Desprats, Broadsign’s Vladimir Aubin and LCS’ Georges-Etienne Madamet spoke openly about digital signage in the corporate vertical, from parking lots of office towers to receptions of offices themselves.

The Union de la Publicité Extérieure (UPE) also generated a buzz with speakers from Clear Channel France, JCDecaux, Médiatransport and Insert. Takeaways included how the Internet and DOOH have become the most profitable forms of advertising over the past decade and that context, interactivity, transactions and events are key components of the campaigns running on France’s 3,500 digital faces.

Addressing Viscom’s majority of print folk, Jérôme Brisson of Insert spoke about the company’s 135,000 printed faces and how digital will not completely replace these due to cost, content (as all know by now, digital signs require content different to print) and the idea that too many screens everywhere could become chaotic. Médiatransport’s Norbert Maire added that 100,000 of the firm’s panels are print while 600 are digital – a number that is growing due to profitability, with 30% of transportation revenue brought by digital’s 5% installation share.

Advertising was more emphasized this year both in conferences and during show floor rendezvous’. Audience measurement in the digital signage space is viewed as critical in proving DOOH’s efficiency and ROI, and the term is becoming more and more synonymous with Paris-based Quividi. Programmatic ad buying, though not a new concept has perked the ears of French network operators and agencies alike, the former group ready to dive in and the latter predictably cautioning that technology and talent are not to be confused when it comes to analysis and advice.
Overall, the French market may not yet be leading the digital signage world in the same way it sets standards in haute couture, but the country’s players have made great strides in ensuring that the trends and deployments du jour are in line with superior initiatives. Bravo.