It’s as much sound advice as it is a long-running plea by Keith Nilsen, co-founder of the digital out-of-home (DOOH) creative, development and technical operations company Voodooh. As the DOOH industry has developed, media owners have met an increasing need to incorporate analytics, external data feeds, and various other services into their basic out-of-home setups. Keith sees increased investment in technical know-how as essential for network owners to keep up with the changing industry.

At Integrated Systems Europe (ISE) 2019, Keith participated in a creative panel at the Broadsign Customer Summit. There, he shared his perspective on the increased technical demands of the industry, as well as the opportunities and challenges ahead as buyers and owners delve deeper into the world of dynamic content.

Check out the video of the panel here, and don’t miss the Q&A below, where we get a few more of Keith’s thoughts on dynamic content and digital out-of-home.

As a concept, what does dynamic DOOH mean to you?

Dynamic is basically anything involving intelligence, so not a JPEG or linear content. It’s possible to create dynamic elements within linear content, but for the most part, dynamic is fundamental intelligence that takes account of the screen itself, its location. By the fact that you know a screen’s location, you know its audience, you know its environmental conditions – is it raining, is it windy, is it hot, whatever – you therefore also know what’s around it. You know what retailers are around it; if it’s a bus shelter, you know when your next bus is coming. Dynamic is anything that brings intelligence and increased advertising relevance to what is fundamentally a digital OOH screen at a very specific location.

What does a good dynamic DOOH campaign look like?

Anything that taps elegantly into existing data sets, that makes that content more than the sum of its parts.

There are three types of content, predominantly, in Digital out-of-home. There’s the standard linear content; the file goes out and it’s treated the same as traditional out-of-home, an image goes up or a video goes up and it’s not doing anything. That’s the standard linear content. The opposite extreme is the likes of the British Airways “Look up.” That is experiential content that requires, invariably, peripheral devices, cameras, sensors, buttons, etc. They tend to be complex, expensive, and one-off. In the middle, the golden area that we focus on, is just simply integrating data feeds to deliver increased campaign intelligence.

The data feeds all exist – environmental data feeds, traffic data feeds – all these data feeds exist out there, along with audience data and client’s own data. If you can mix those together, the result is absolutely beautifully relevant campaigns targeted to that screen, to that audience, delivered at the right time in an intelligent way.

For buyers hoping to do dynamic content development, what would you say is the most important thing they understand or think about going into the process?

That’s very easy: Do not assume that the production process is the same as online. Clients, production companies, etc. come into this space and they see what they see, which is the fact that a network consists of screens which have players driving them and which are linked to a remote connection of some sort.

What about for publishers? What should they think about for dynamic content?

Drill to the why. What is the client trying to do creatively on the screen? What are they trying to achieve, and how do they intend to execute that idea? We know some production companies who have run an EXE file, which on an out-of-home network is nothing short of catastrophically dangerous. As a media owner, as a media operator, be very clear about what your clients and their production companies are trying to do, why they are trying to do it, and how they’re going to achieve that campaign objective. And test thoroughly!

What can you say about the state of data collection and analysis in the industry? Are most networks even ready for targeted dynamic DOOH?

I believe the answer to that is yes. The networks are ready for it. The networks are ready for it by the fact that there is a screen, a network, and a connection. However, I believe that the clients are not fully aware of either the wealth of data that they hold, or the value of deploying that into out-of-home campaigns, or even whether they can do it. Many clients that we speak to have no idea that you can integrate data into the out-of-home campaigns to the level that is possible.

What are your thoughts on programmatic DOOH, now and looking forward, as it relates to dynamic content?

The challenge with out-of-home is that many networks are running legacy systems. Programmatic is well-established, well-proven, well-developed within the online space. The problem, the challenge, has been that people have looked at digital out-of-home and again made that assumption that because there’s a screen and a connection, therefore it must be the same as online. And so there’ve been a number of players come into the market believing they have solutions to the conundrum but without really understanding what the media owner operational realities are.

Is there a place for programmatic? Absolutely, there’s no question of it. However, Programmatic starts with automation – we need to get the automation conversation underway and established first, and it needs to be rock-solid. Programmatic is a natural evolution from automation; dynamic content and capabilities simply feature naturally within that wider intelligent conversation.

I think that for a long time, there was a resistance to adoption of common platforms in our industry. A common CMS platform at least is a critical start point in Digital OOH and the fact that Broadsign has become so widely adopted by many global media owners has been a huge help in standardising digital OOH operations and therefore dynamic solutions.

As a production company, previously when you were developing a dynamic campaign, you had to accommodate for any number of various CMS platforms. I believe that having Broadsign as a common platform across most network-based media owners globally has simplified the production process, or certainly should have simplified the production process, at least for those production companies who are on top of their game and appreciate the realities of Digital OOH. In truth, there is zero excuse for dynamic campaign failures in this day and age. 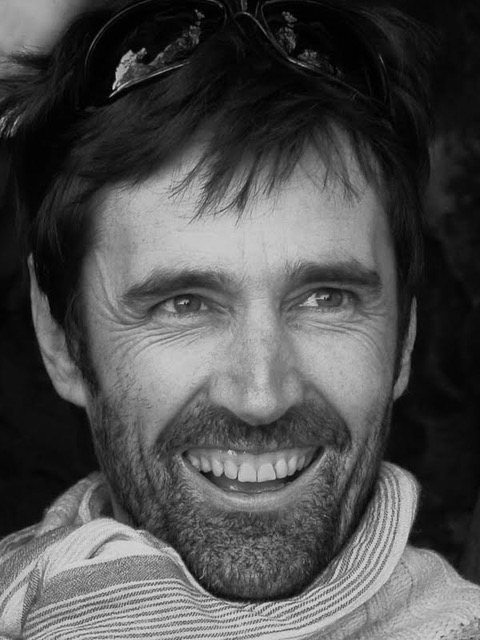 Keith launched his first screen in 1999 and was immediately struck with the intelligent and creative potential of screen-based media. he has been involved in the tech, operations, creative, and delivery aspects of the digital ooh industry since its inception, working closely with suppliers, clients, creatives, agencies and media owners to continue to unlock the capabilities of the medium.