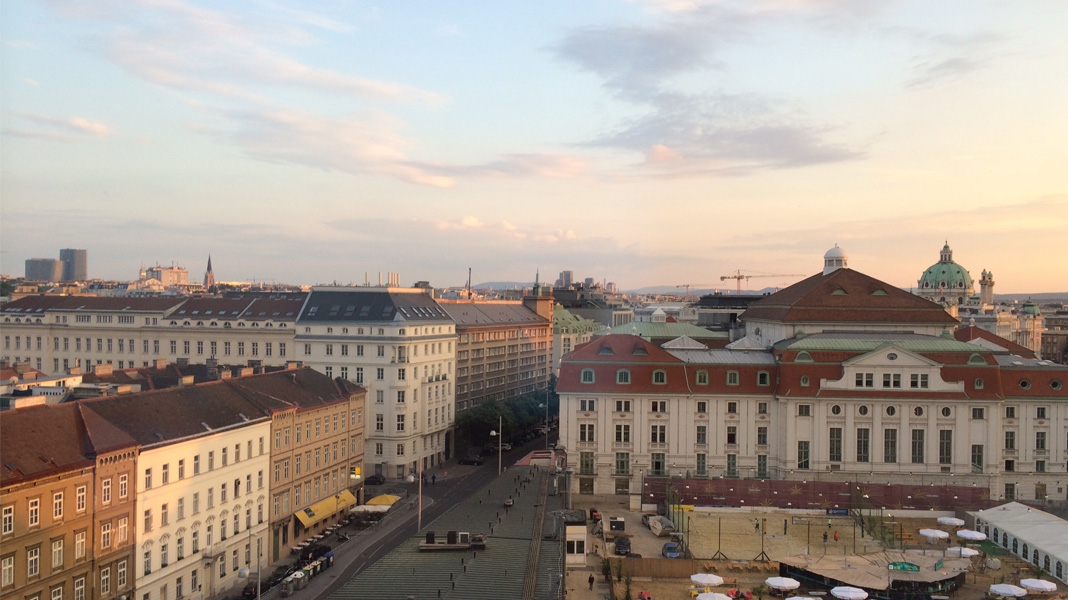 A “happy” tone resonated throughout the duration of the 55th FEPE Congress from the moment that Karl Juverek, CEO at Gewista, danced on stage to share a few words about his country of residence, Austria.

Austria is known as a hub for composers (Beethoven, Mozart), artists (Klimt) and intellectuals (Freud), and its capital, Vienna, ranks among the top cities for quality of living. The concept of smart cities fittingly found itself in several presentations, from Richard Florida’s notion that a smart city requires talent, technology, tolerance to Jean-Francois Decaux (Co-CEO at JCDecaux)’s remark that Vienna was the first city to introduce bike sharing, launched not by public transport but by Gewista.

Along with the out-of-home industry’s contribution to an eco-friendly standard of living, a few more of our favourite things were discussed at the Congress:

From Seven to Ten Percent
Jean-Francois’ call for growing the global OOH ad spend from its current 7 to 10% is a challenge that speakers and attendees will not take lightly. His agenda for growth included the idea that less is more, a throwback to the Co-CEO’s 2007 self-regulation appeal (FEPE: from pollution to extinction) that highlighted laws removing OOH media in cities such as Sao Paulo and Athens. Practicing what he preaches, Jean-Francois noted that JCDecaux disassembled all signs in Charles de Gaulle Airport and replaced them in different sites with half of the number that was present before, a move that doubled revenue.
Other items on the agenda: the meaningful merger of content and advertising and use of big data. The idea that digital out-of-home allows OOH to share time between ads and social service sends a strong message to advertisers, networks and suppliers, who can all do their part in giving back.
Outdoor⁵
David McEvoy, Marketing Director at JCDecaux, presented at DailyDOOH’s Media Summit in London several weeks before delivering an entirely different speech at the Congress. David spoke about the OMC initiative, Outdoor⁵, and how OOH is changing the urban landscape, creating impressions that last, amplifying other media and ultimately acting as the last window of influence.

Dark Arts and Scientists
Mad Men versus Math Men occupied a decent amount of the 2013 DPAA Media Summit and the topic made its way into FEPE dialogue via Shaun Gregory, soon to be CEO at Exterion Media, this time as dark artists and scientists. Shaun stated that advertising has moved from a dark art to a science thanks to granular targeting capabilities. Audience measurement offerings like Route, Quividi and BlueFox permit detailed analyses of viewers and even real-time content changes depending on the demographics of those looking at a screen.
Better yet, when paired with mobile, the science of OOH advertising is taken to another level. OOH drives more search activity than any other medium, a reason why Charlie Makin, Managing Partner at Burn the Sky, believes the smartphone is the biggest opportunity to drive revenue to OOH. Mobile makes OOH fully accountable, measuring direct influence and capturing data that bids auf Wiedersehen to wizardry.

Research
The idea of research can quickly bring on yawns, yet is crucial to the development of the OOH industry, allowing for direct competition with other channels. FEPE introduced its research initiative with the Future Foundation, spanning the UK, Germany, Spain, Turkey, South Africa and Brazil. It is now available to members and shares insights including how 24% of respondents select OOH advertising as the most trustworthy, second only to TV (28%). Charmaine Moldrich, CEO at the Outdoor Media Association later touched upon Australia’s Measurement of Outdoor Visibility and Exposure (MOVE) resource.
Such positive statements about the industry and its future surely brought “the sound of music” to everyone’s ears.