Asking whether the AV industry found Jennifer Davis, Vice President of Marketing at Planar Systems and Runco International, or she found AV is a bit like inquiring if the chicken or egg came first. A self-proclaimed geek at heart, Jennifer has always enjoyed seeing technological concepts come to life and make a difference, especially when the end product is a visual experience. Displays were a natural fit. 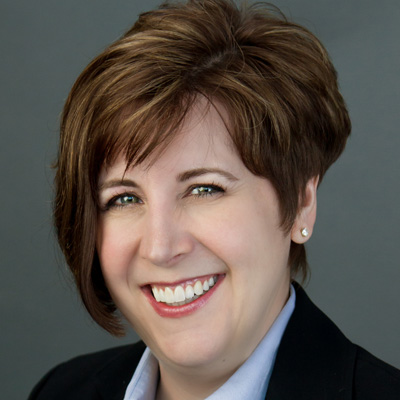 Jennifer studied Business Administration and History at Warner Pacific College and jumped aboard a software company right out of school where she held marketing and product development roles. In 1998, Jennifer joined Planar, at which time the largest display being launched was 10.4”. A move to work in business development at Intel was soon followed by the completion of an MBA and recruitment back to Planar, expanding in the early 2000’s into the AV and IT industries with larger format displays. Thanks to key acquisitions and investments, Planar’s products now span up to impressive videowall offerings and the newly unveiled 98” 4K Planar UltraRes Series display announced at InfoComm 2014.

“I sometimes look at customer installations and think about how giddy Planar’s founders would be to see the same,” said Jennifer as she explained their forward-thinking visions of laptops and digital signage in public venues. While large format displays are an important part of the industry, smaller screens have become integral in self-service applications such as ATMs, kiosks and gas pumps. Farewell to the days of burn-in concerns and “custom” pricing for niche applications – the growth and price reduction witnessed among flat panels, thin bezels and even 4K is provoking compelling visual campaigns and expanding the digital signage market.

“It is gratifying to see and hear of Planar’s products being used to solve business problems,” said Jennifer. “We’re enabling companies to make better decisions in conference rooms, build brand awareness in shopping malls and think critically in control rooms. That being said, it’s an occupational hazard to work in the display industry, as I am constantly looking at screens’ logos!” she laughed.

In addressing the topic of consumer versus commercial displays in digital signage applications, Jennifer is confident that sophisticated buyers and knowledgeable servicers understand why there is no choice but to purchase the latter.

“In parallel to growth catalysts such as flat panels’ continuous delivery of higher performance at lower costs, consumer technology is bleeding into the commercial space. Yet as more people use digital signage in their respective environments, experience will teach why it’s valuable to use reliable products designed for the applications they’re marketed and sold into,” said Jennifer. “A home TV used for a few hours of daily entertainment is very different from a display dedicated to daily business. Furthermore, the argument for swapping a consumer display with ease is flawed due to the downtime necessary for replacement, redesign accommodating new models (potentially with new interfaces); the list goes on.”

As for education beyond displays themselves, Jennifer advises those in the industry to go deep in two separate yet complementary ways. One, understanding the technology and ecosystem, in that nobody performs alone. She jokes that displays are attractive and expensive doorstops unless the software, media player and all other components are running smoothly; advice applicable to all other aspects of the space as well. The second manner to go deep is by thinking beyond the technology and exploring underlying business models. What problems are customers really trying to solve and how does digital signage resolve them? This, states Jennifer, is what drives value creation and dedication to creating superior visual experiences.

Mrs. Davis joined Planar in 1998 and has held a number of diverse and increasingly impactful roles in marketing, business operations, and global customer service and now heads Planar’s Marketing departments. Her contributions to Planar span a wide variety of markets and technologies, including digital signage and architectural displays. Prior to joining Planar, Mrs. Davis worked for Intel Corporation and held a senior marketing management role at a software start-up. Mrs. Davis holds a BS in Business Administration and History from Warner Pacific College and an MBA from Pepperdine University.