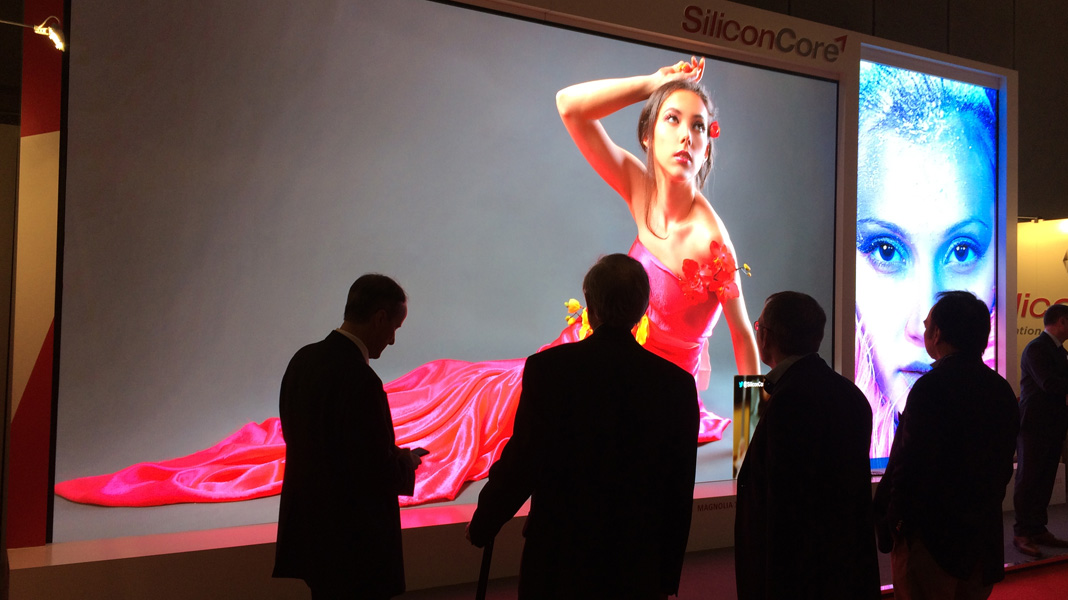 Advancements in technology often result in the inability to go back to what once was. From major changes such as the introduction of colour television to minor facilitative features like the fingerprint scanner on an iPhone 5S, even the biggest of luddites would admit that novelties soon become necessities.
The emergence of 4K resolution is another example of the above. The 3,840 x 2,160 pixel count is easy to admire and delivers a picture quality arguably identical to print – another compelling factor for conventional printers to venture into the digital signage space. Yet how did this new-fangled love affair with 4K come to be?

Compression technology has evolved from the JPEG and MPEG to H.264/AVC (advanced video coding) and H.265/HEVC, or high-efficiency video coding and the standard for 4K. This last transition from Full HD to Ultra HD brings four times better resolution at a manageable file size and data rate, and the extent of screen manufacturers featuring 4K products at ISE and DSE 2014 confirmed that they couldn’t be more happy than to fulfill the demand for such alluring detail.
SiliconCore Technology presented a 4K screen (the Orchid 1.9mm model) at ISE 2013 and one-upped itself this year with the introduction of a seamless 230” 4K LED screen with 60% greater pixel display than its predecessor. The Magnolia 1.5mm’s high reliability and 10 to 12 year lifespan make the screen (and similar versions) ideal for premium branding. The fact that it does not require a fan is an added bonus. MMT (Manufacturing, Methods & Technology) also made a statement by releasing the first transparent 4K multi-touch display, called the Mirage Giant.

The catch? Nothing related to a lack of inventory, choices or knowledge. Vendors and integrators are all hands on deck to support the 4K wave. In fact, 4K isn’t really so new given that most high-end productions have been completed in 4K and then downsized to Full HD since RED digital cameras came out several years ago. With that being said, increased bandwidth costs and the need for creative agencies to produce content specifically for 4K resolution could take some time to resolve before 4K becomes a mainstream offering.

Once this happens, however, it’s likely that many will be eyeing the next irreversible revelation. Branded Cities Network is already running an 8K screen in Las Vegas, named Harmon Corner, but let’s focus on one resolution at a time.