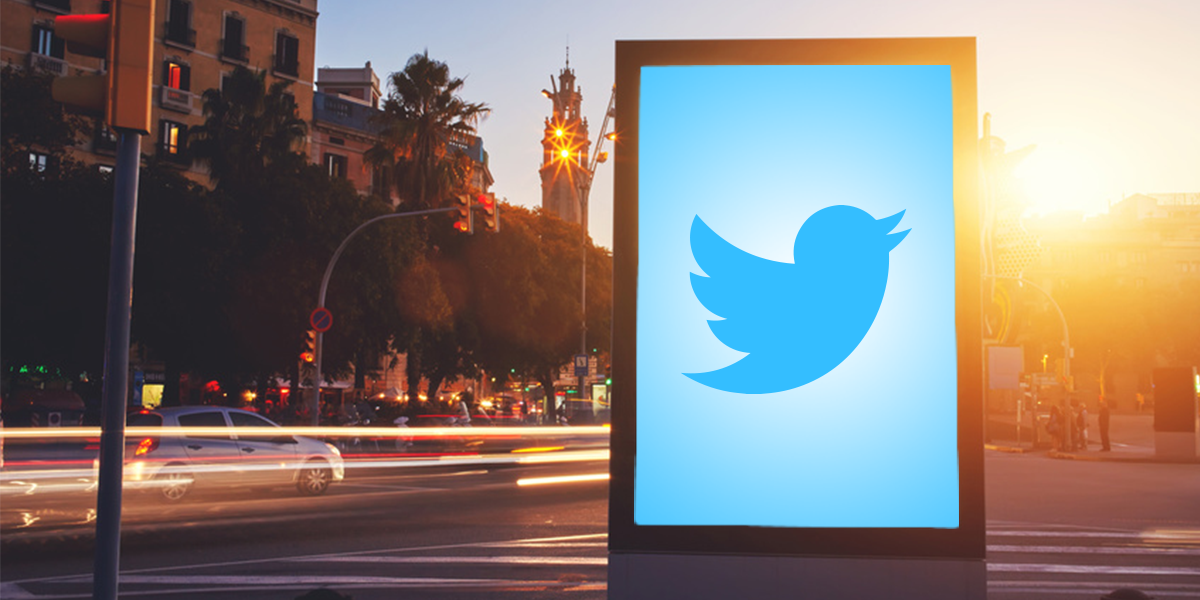 There is no doubt that social media has a major impact on our lives, businesses, culture and the world-at-large. We’ve all seen the latest meme or cat video circulating around the office, after all. Combining digital out-of-home with social media is an ideal pairing to create an interactive and engaging multi-channel campaign. Campaigns that use both social and OOH can see a 212% increase in reach.   Social media can keep our eyes glued to a screen for hours — a digital out-of-home campaign that uses social content can keep more eyes glued on a billboard.

Digital out-of-home and social media have many similarities including their use of dynamic real-time content and their nearly endless creative possibilities. Together, the tools have the ability to merge online and offline conversations “I’m extremely optimistic about social in out-of-home and how it can drive online and offline conversions,” said Quinn Cox, Head of Partnerships and Business Development for TINT, a platform that allows marketers to source authentic social media content to be streamed to any digital display.   “Real people like you and me create billions of pieces of content every day on social media.  It’s time to start putting it to use on the important marketing touch points. It’s an exciting time for content marketing in OOH.”

Using a social feed to display content on your screens creates an opportunity for genuine interaction with your audience. They become the heart of your campaign.

Add authenticity to any campaign

The World Wildlife Fund teamed up with Exterion Media and TINT to give supporters a platform to voice their support for Earth Hour and participate in helping protect our planet. By streaming user-generated content on screens in the London Underground, the nonprofit was able to create an authentic voice for their digital out-of-home campaign. 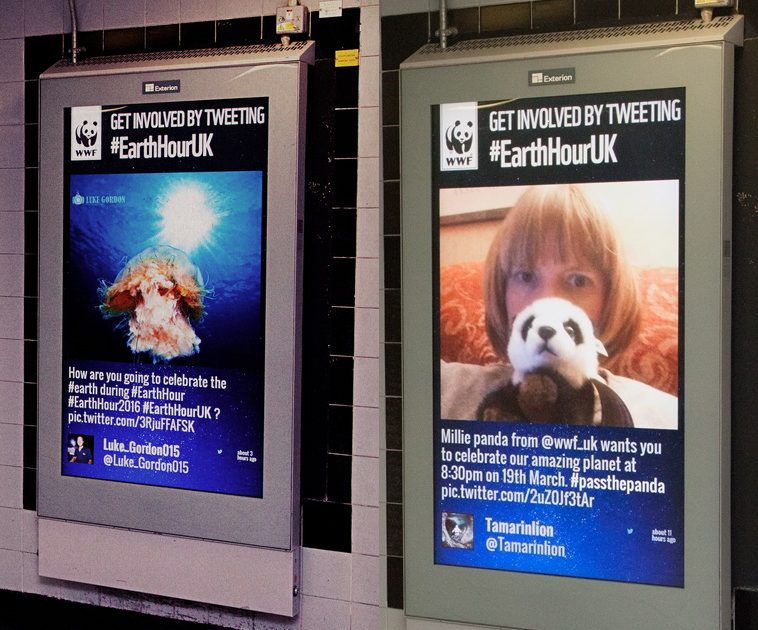 Harness the power of hashtags

Coca-Cola’s #CokeMyName campaign used Twitter to run a fully user-generated billboard campaign in Times Square. The hashtag was used hundreds of times and resulted in an interactive and memorable campaign. 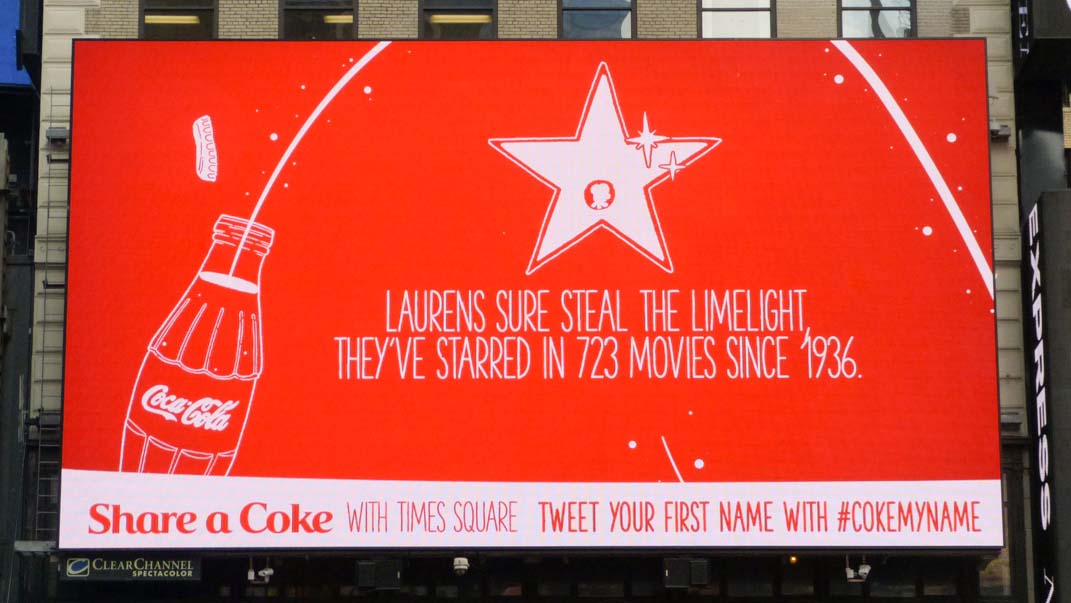 While social is a great tool to amplify an out-of-home campaign, the opposite is just as true. An eye-catching outdoor campaign can quickly become a social media sensation.

Use a splash of social

Netflix created a campaign that used Snapchat to encourage users to swap faces with their favorite characters. The campaign went viral across France, with thousands of social interactions turning up online.

Walkers Crisps created a campaign that rewarded mobile social engagement. Passersby were entertained by the former soccer star, who encouraged social votes for their ‘Do Us A Flavour’ campaign.

How to create an effective social out-of-home campaign

Social media allows for a connection to be built between brands and consumers. By displaying relevant user-generated content on digital out-of-home screens, advertisers create impactful and authentic multi-channel campaigns.

Everything you need to launch a programmatic DOOH campaign